Confidence Man:
The Making of Donald Trump and the Breaking of America 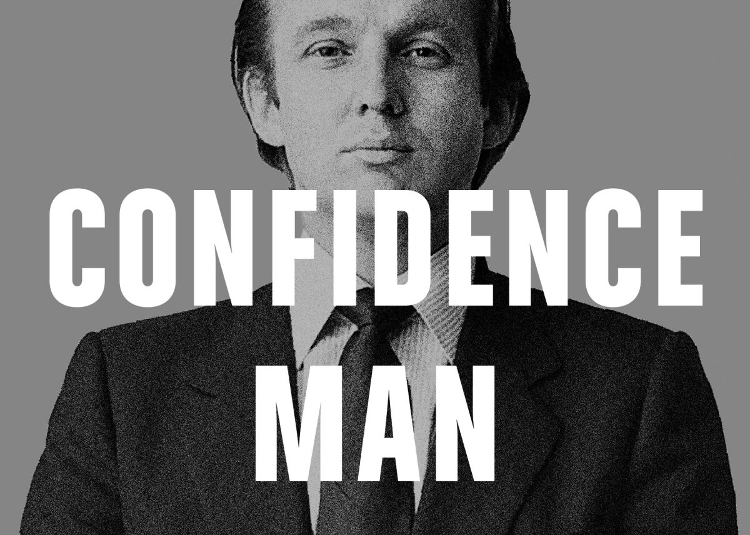 Dozens of books have been written about Donald Trump. Seventeen of them have been reviewed on Dateline Bangkok: Fire and Fury, Too Much and Never Enough, Fear, Rage, Peril, I Alone Can Fix It, A Very Stable Genius, Inside Trump’s White House, The United States of Trump, Trump’s Enemies, The Trump White House, The Room Where It Happened, Team of Five, American Carnage, TrumpNation, and The Cost. Maggie Haberman’s Confidence Man: The Making of Donald Trump and the Breaking of America was the most eagerly anticipated of them all, and is likely to be one of the few Trump titles that stand the test of time.

Confidence Man, like post-Trump America, is split in two. Trump’s presidency is covered in the second half, while the first explores his formative influences. An early memory—of an engineer being ignored at the opening of a bridge he designed—led to perhaps the closest thing to a Trump doctrine: “I realized then and there something I would never forget: I don’t want to be made anybody’s sucker.” This event, recalled by Trump in a 1980 interview, is doubly revealing. Firstly, it was being made a “sucker”, roasted by President Barack Obama at the White House Correspondents’ Association dinner, that fuelled his presidential ambitions. Also, almost every detail of Trump’s bridge anecdote was inaccurate, showing him to be “an unreliable narrator of his own history from its early moments.”

Haberman has covered Trump since his days as a New York tabloid mainstay in the 1990s. Throughout his presidency, writing for The New York Times, she was the best-sourced White House correspondent, and her reputation elevates Confidence Man above previous Trump books. (For comparison, Haberman’s coverage of Trump is as authoritative as that of UK political journalists Tim Shipman on Brexit and Andrew Rawnsley on New Labour.) The book’s scoops include the first direct confirmation that Trump contemplated refusing to vacate the White House: “He informed aides he had no intention of departing the White House for Biden. “I'm just not going to leave,” he told one.”

Trump’s term of office was so extraordinary—Haberman describes him as “unlike any president in American history”—that one book can barely do it justice. Numerous major incidents, that deserve their own chapters, are mentioned only in passing. The Helsinki summit with Russian President Vladimir Putin, for example (during which “senior Trump aides said they felt physically sick”), is relegated to a single paragraph. So Bob Woodward’s trilogy (Fear, Rage, and Peril) is a more comprehensive account of the Trump presidency, but Confidence Man is the definitive Trump biography.
Categories: books, politics
Dateline Bangkok