TrumpNation:
The Art of Being the Donald 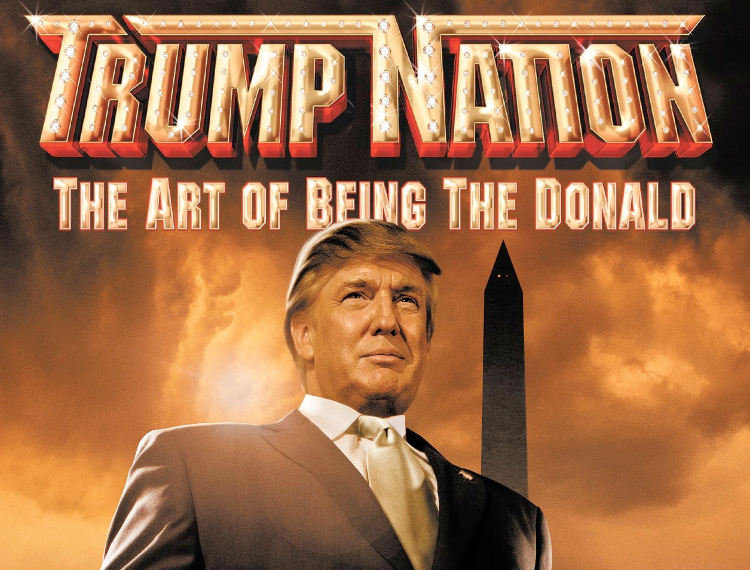 Timothy L. O’Brien’s book TrumpNation: The Art of Being the Donald was first published in 2005, when Donald Trump’s self-cultivated public image was that of a billionaire real-estate developer. Citing three anonymous sources, O’Brien claimed that Trump was worth, at most, a quarter of a billion dollars, writing (on page 154): “Three people with direct knowledge of Donald’s finances... told me that they thought his net worth was somewhere between $150 million and $250 million. By anyone’s standards this still qualified Donald as comfortably wealthy, but none of these people thought he was remotely close to being a billionaire.”

Trump sued O’Brien and the publisher, Warner Books, for defamation, seeking an astronomical and absurdly unrealistic $5 billion in damages. In his deposition, he made the audacious claim that his net worth “goes up and down with markets and with attitudes and with feelings, even my own feelings,” a remark that has since been widely quoted. The case was dismissed not because Trump proved his billionaire status—he didn’t—but because O’Brien proved that his estimate of Trump’s net worth had not been malicious. (The book is written in a tabloid style—with spoof trivia quizzes, for example—though it’s based on interviews with Trump and access to Trump Organization records.)

Trump later sued Michael Wolff to prevent the publication of Fire and Fury and his brother sued their niece, Mary Trump, to block the release of Too Much and Never Enough. In both cases, the lawsuits backfired, as the publication dates were brought forward. He withdrew a lawsuit against comedian Bill Maher, who had joked that he was the son of an orangutan, and his new $475 million lawsuit against CNN is equally unrealistic. On the other hand, Trump’s wife, Melania, has had more success as a libel litigant, winning $3 million from the Daily Mail and undisclosed “substantial damages” from The Daily Telegraph.

TrumpNation was reprinted with a new introduction in 2016, when Trump won the Republican presidential nomination. It’s the sixteenth Trump book reviewed on Dateline Bangkok, the others being Fire and Fury, Too Much and Never Enough, Fear, Rage, Peril, I Alone Can Fix It, A Very Stable Genius, Inside Trump’s White House, The United States of Trump, Trump’s Enemies, The Trump White House, The Room Where It Happened, Team of Five, American Carnage, and The Cost
Categories: books, censorship, politics
Dateline Bangkok