"...a blatant false attack
against the Campaign." 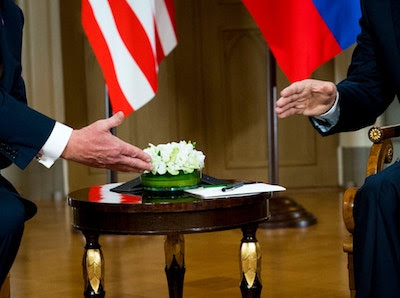 Donald Trump’s 2016 presidential campaign has filed a defamation lawsuit against The New York Times, accusing it of “a blatant false attack against the Campaign.” The lawsuit seeks unspecified damages “in the millions”, after the newspaper published an op-ed by one of its former editors, Max Frankel.

The article, published on page 27 on 28th March 2019, argued that, before the election, Trump had an implicit quid pro quo agreement with Vladimir Putin: “There was no need for detailed electoral collusion between the Trump campaign and Vladimir Putin’s oligarchy because they had an overarching deal: the quid of help in the campaign against Hillary Clinton for the quo of a new pro-Russian foreign policy, starting with relief from the Obama administration’s burdensome economic sanctions.”

The suit was filed by Trump’s lawyer Charles Harder, who became famous for bankrupting the gossip website Gawker. Harder also obtained substantial damages from the Daily Mail and The Daily Telegraph, in relation to allegations about Melania Trump. Trump previously threatened the publisher of Fire and Fury with a lawsuit, making the book an instant bestseller.