“We apologise to Mrs Trump...” 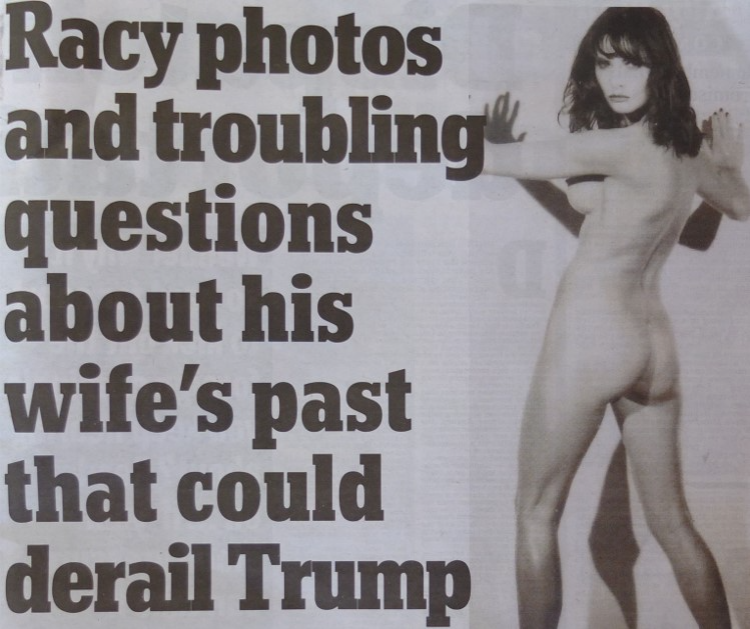 The Daily Mail newspaper has paid damages to Melania Trump, the US First Lady, in settlement of a lawsuit she filed last year. The damages are undisclosed, though the total settlement paid by the Mail is rumoured to be $3 million—a large sum by UK libel standards, though less than the $150 million originally sought by Trump’s lawyer, Charles Harder (who had previously sued the gossip website Gawker into bankruptcy).

Trump sued the Mail over an article it published on 20th August last year, headlined “Racy photos and troubling questions about his wife’s past that could derail Trump”. The article, written by Natalie Clarke, discussed allegations that Melania Trump’s former modelling agency had provided escort services, and suggested that she had worked as an escort. The Mail quoted the owner of the modelling agency denying the story, though this was overshadowed by the insinuations in the headline.

After Trump filed her lawsuit, the Mail went to unusual lengths to remove all traces of the article online, including having it deleted from Google’s cache and the PressReader digital archive. The Mail also printed a lengthy response to the lawsuit on 2nd September last year, though this repeated the claims in the process of retracting them: “To the extent that anything in our article was interpreted as stating or suggesting that Mrs Trump worked as an ‘escort’ or in the ‘sex business’... it is hereby retracted, and we regret any such misinterpretation.”

Following the settlement of the case yesterday, the Mail printed an apology on page 9 of today’s paper. This time, it did not repeat the claims, instead referring euphemistically to “allegations that she provided services beyond simply modelling.” The statement also included an unequivocal retraction and apology: “We accept that these allegations about Mrs Trump are not true and we retract and withdraw them. We apologise to Mrs Trump for any distress that our publication caused her.”

The settlement paid to Melania Trump is one of the largest in any UK defamation case. Previous record-breaking pay-outs all date from the 1980s. Sonia Sutcliffe, wife of the serial killer known as the ‘Yorkshire Ripper’, won £600,000 in damages after Private Eye accused her of profiting from her husband’s notoriety. (On 30th January 1981, the magazine alleged that she “made a deal with the Mail worth £250,000”; after losing the case, editor Ian Hislop said: “If that’s justice, I’m a banana.”) On 1st November 1986, the Daily Star claimed that Jeffrey Archer had been a client of prostitute Monica Coughlan. Archer was awarded £500,000 in damages, though he paid it back, plus costs, after he was convicted of perjury in 2002. In 1987, The Sun published a series of malicious allegations about Elton John, falsely accusing him of hiring rent boys. John filed multiple libel writs, and the newspaper settled out of court for £1 million. Toby Low was awarded £1.5 million in damages in 1989 after suing author Nikolai Tolstoi over allegations in the book The Minister and the Massacres.
Categories: censorship, media, politics