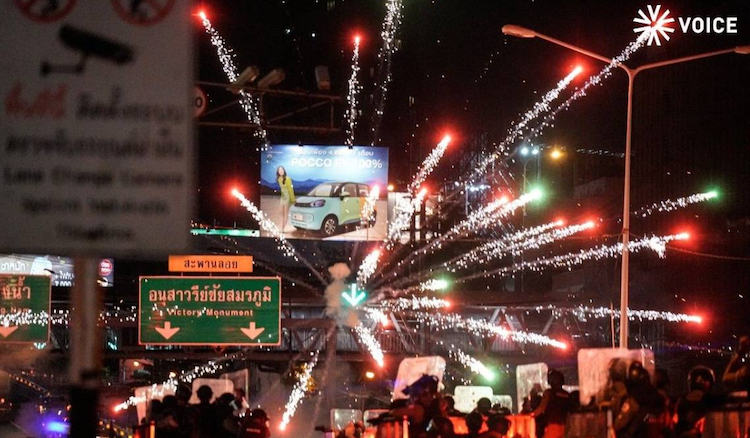 Riot police fired rubber bullets and tear gas at anti-government protesters in Bangkok yesterday, in the first clashes between police and protesters this year. A few hundred people marched from Democracy Monument to Victory Monument yesterday afternoon, in an event promoted online as เดินไล่ตู่ (‘march to remove Tu’, a reference to Prime Minister and coup leader Prayut Chan-o-cha).

Most of the protesters had dispersed by the early evening, though some stragglers (a hard core of around fifty people) attempted to make their way to the PM’s residence at the military barracks on Viphavadi Rangsit Road. They threw fireworks and other projectiles at riot police, who responded with rubber bullets and tear gas. A police pickup truck was also set alight.