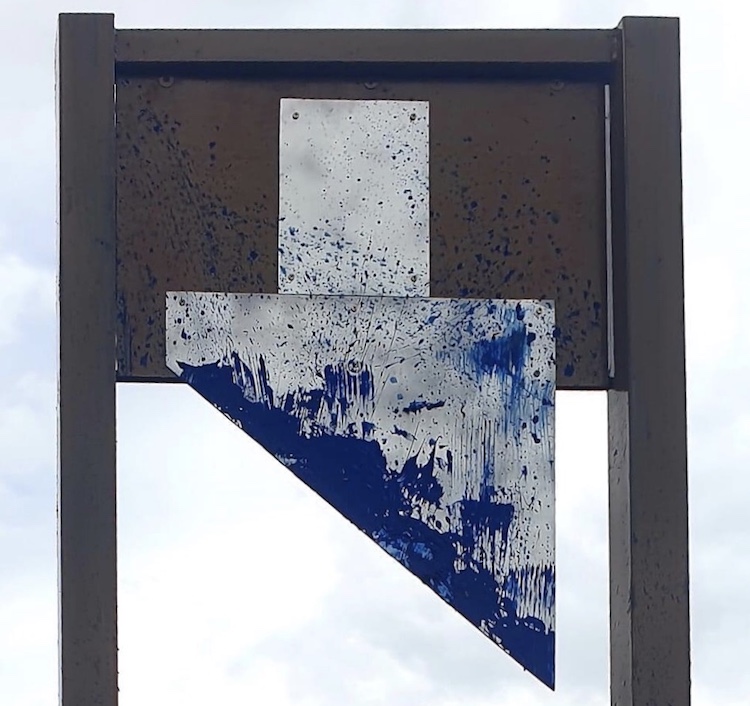 Riot police fired rubber bullets at protesters in Bangkok yesterday afternoon. Police also deployed tear gas and water cannon against the protesters, after they attempted to breach road blocks set up to prevent them from marching to Government House.

More than 1,000 protesters gathered at Democracy Monument, where they displayed a guillotine splattered with symbolic blue paint. Later, at nearby Nang Loeng intersection, they burnt Prayut Chan-o-cha in effigy. The event marked the one-year anniversary of Free Youth’s 18th July 2020 protest, which began the current student-led campaign against Prayut’s government.

Protesters at yesterday’s demonstration called for Prayut’s unconditional resignation, the reallocation of royal and military funding to tackle the coronavirus pandemic, and the procurement of mRNA vaccines (such as Pfizer or Moderna) rather than Sinovac. Today, Free Youth issued a statement in Thai and English condemning the police violence and reiterating one of their key demands: “Good vaccines, not rubber bullets or tear gas!”

This marks the fourth time that police have fired rubber bullets at protesters this year. They were first used on 28th February against protesters on Viphavadi Rangsit Road, then on 20th March at Sanam Luang, and on 2nd May outside Bangkok’s Criminal Court.
Categories: politics
Dateline Bangkok