On Going / Going On 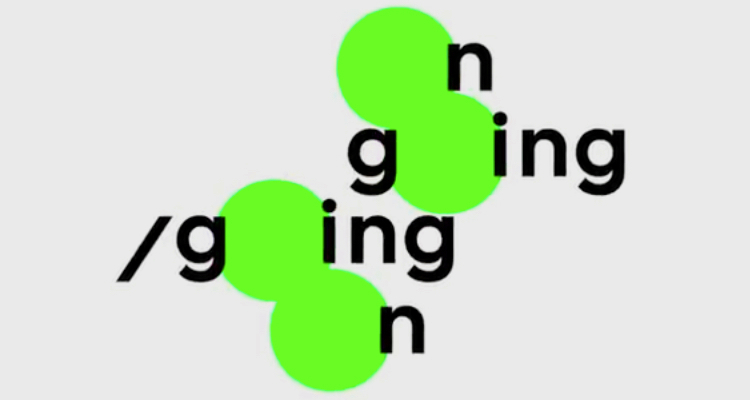 Director Pen-ek Ratanaruang, documentarian and producer Santi Taepanich, and theatrical troupe Theatre to Go have collaborated on On Going / Going On, which opened on 9th December. The group exhibition runs until 28th February next year.

The exhibition is being held at Noble Play, which is appropriate as the show is a tactile experience that encourages participation: while many exhibitions place lines on the floor, preventing visitors from approaching the artworks, in On Going / Going On the lines are marked “PLEASE CROSS”. There’s also a table with eccletic objects to rummage through, from preserved animals (a frog and cockroach) to vintage gadgets. 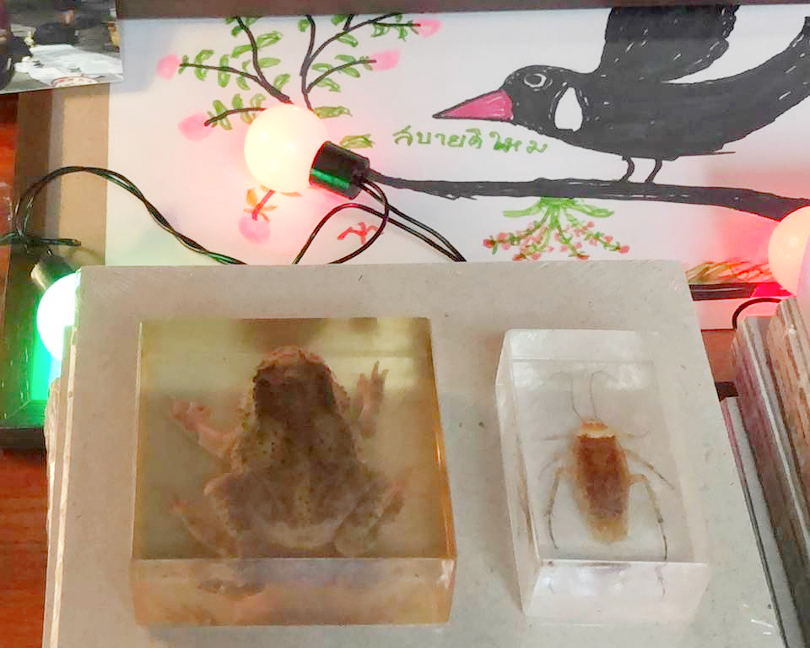 Pen-ek’s graphic novel Trouble in Paradise is on display, as are plenty of his drawings (collectively titled Pleasure and Pain) and the entire text of his new script, Storm (ครัวแม่สะอิ้ง). Another series of his drawings was previously shown at the Bangkok Art Biennale (บางกอก อาร์ต เบียนนาเล่) in 2020. Pen-ek’s most recent film was Samui Song (ไม่มีสมุยสำหรับเธอ); I interviewed him about his earlier work, such as Paradoxocracy (ประชาธิป'ไทย), Headshot (ฝนตกขึ้นฟ้า), and Nymph (นางไม้), for Thai Cinema Uncensored.

In addition to his table of objets trouvés, Santi has created a collage that resembles a mood board, including a poster of the classic film A Man Called Tone (โทน). Santi is the brother of comedian Udom Taephanich, and he produced many of Udom’s stand-up shows. He has also directed several documentaries—including เนื้อกับหนัง (‘flesh and skin’)—about the making of Pen-ek’s films, and a segment of the portmanteau film Sawasdee Bangkok (สวัสดีบางกอก).
Categories: art, films