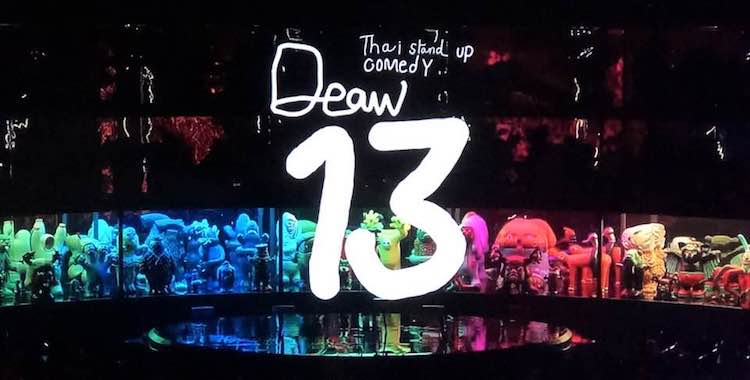 Udom Taephanich, the popular stand-up comedian, is under investigation today after a pro-government campaigner filed criminal charges against him. Udom ended his Netflix comedy special Deaw 13 (เดี่ยว 13), released on 11th October, with a mildly satirical routine about PM Prayut Chan-o-cha.

Srisuwan Janya, head of the ultra-conservative Constitution Protection Association pressure group, accused Udom of endangering national security by encouraging his audience to join the recent anti-government protests. When he filed the charges at the Central Investigation Bureau in Bangkok today, he was kicked and punched by a red-shirt supporter.

Srisuwan has been called “Thailand’s complainer-in-chief”, and Udom began his show with a comment on the campaigner’s love of the media spotlight. The live show was filmed while some coronavirus restrictions were still in place, and Udom joked that he was happy to be back on stage: “I’ve been craving this. Now I understand how Srisuwan Janya feels.” 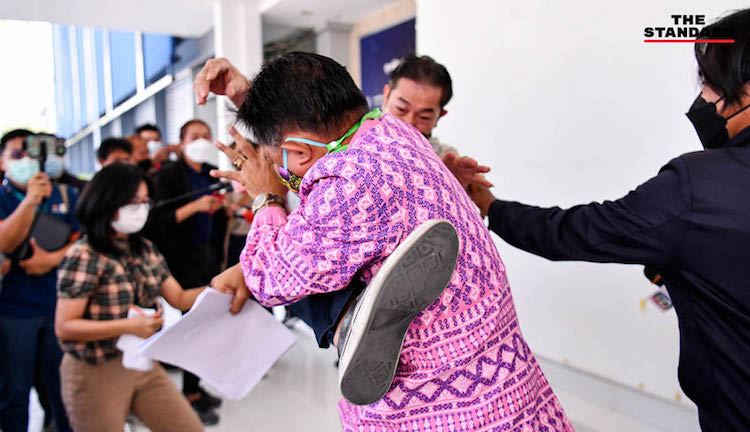 After comparing Prayut and his deputy, Prawit Wongsuwan, to unqualified pilots, Udom suggested that they should resign: “both of you, the pilot and copilot, please eject yourselves from the plane.” Noticing that one man in the audience was not clapping, Udom asked him if he was a soldier, and—ironically, given today’s events—told him: “Don’t report me, okay?”

Udom is not especially known for political satire, and Thai comedy generally tends to be more slapstick than satirical, perhaps to avoid charges of defamation, which is a criminal offence under Thai law. But a Prayut lookalike did appear in Udom’s spoof music video Sud-Swing Ringo Eto Bump (สุดสวิงริงโก้อีโต้บั๊มพ์).
Categories: censorship, media, politics
Dateline Bangkok