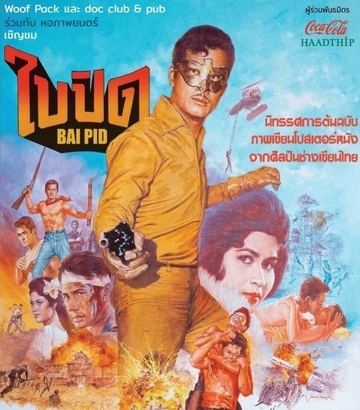 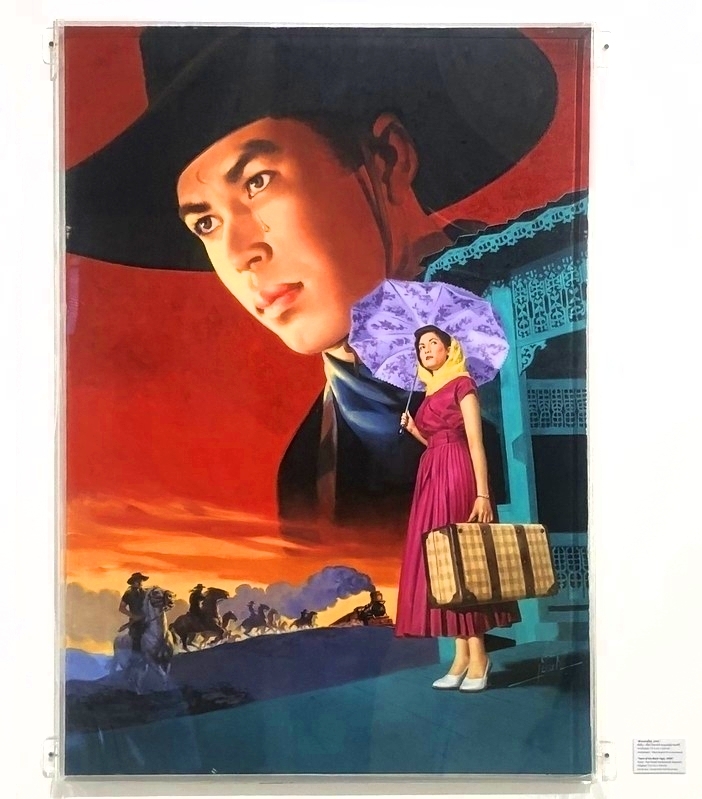 Bai Pid (ใบปิด), an exhibition of Thai film posters, opened at the Woof Pack building in Bangkok last week. Organised by Doc Club and Pub (the boutique cinema and bar at Woof Pack) and the Thai Film Archive (the film museum at Salaya, near Bangkok), the exhibition features more than fifty vintage Thai posters, and some of the original paintings that they were based on. Most of the works are included in a large, glossy catalogue, Thai Cinema Poster Exhibition, edited by Chonnatee Pimnam and Suparp Rimtheparthip.

Bai Pid opened on 25th May, and runs until 17th July. It includes painted reproductions of posters for classic Thai films—notably A Man Called Tone (โทน) and Monrak Lukthung (มนต์รักลูกทุ่ง)—and Thai releases of American movies, such as จอว์ส (the Thai-language title of Jaws). A painting by Banhan Thaitanaboon based on his Tropical Malady: The Book poster (unveiled at the 2018 Bangkok Art Book Fair) is also on show, and Banhan designed the Bai Pid exhibition poster. 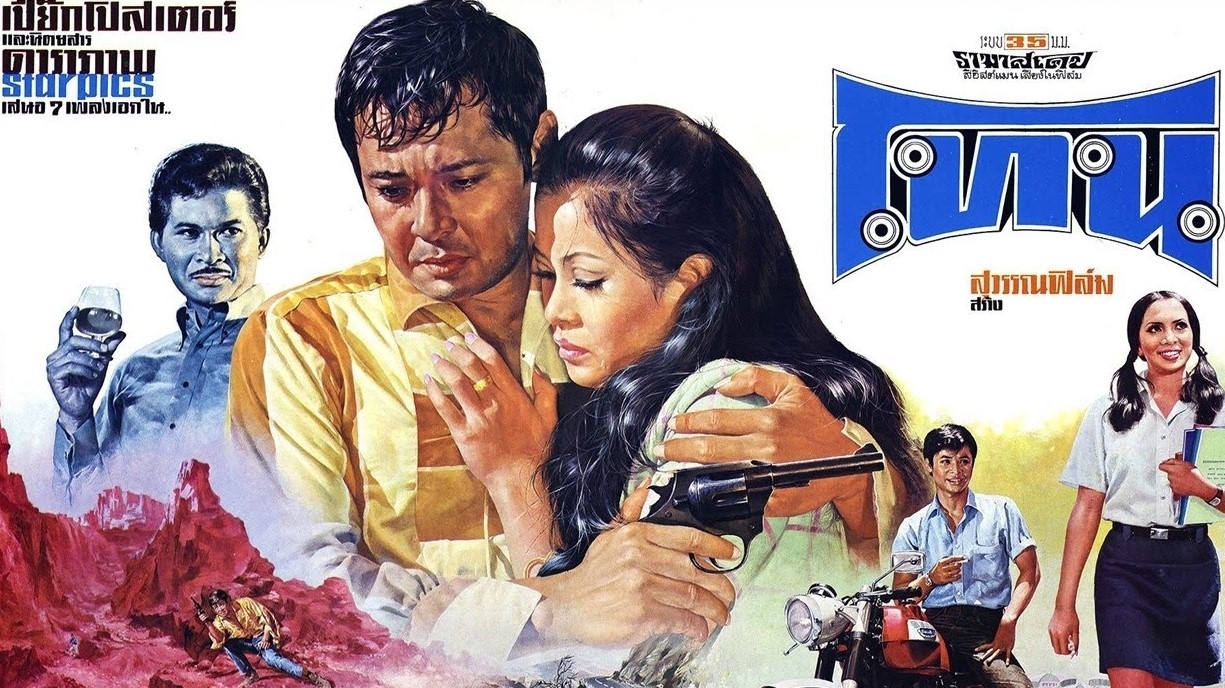 The highlight of the exhibition is surely Somboonsuk Niyomsiri’s original painting for his Tears of the Black Tiger (ฟ้าทะลายโจร) poster, previously on display at the Film Archive’s Wisit Sasanatieng retrospective. Somboonsuk (also known as Piak Poster) directed more than two dozen films, including a A Man Called Tone, though he also had a prolific career as a poster artist. (A Man Called Tone will be screened at Doc Club and Pub on 5th June.) Wisit, director of Tears of the Black Tiger, created the posters for the 2008 and 2009 Bangkok International Film Festival.

The poster artists who emerged after Somboonsuk were either taught by him or influenced by his style. He ran his studio like a Renaissance workshop, creating posters bearing the master’s signature yet produced with the assistance of apprentice artists under his supervision. For the Monrak Lukthung poster, for example, Somboonsuk painted the two lead actors (Mitr Chaibancha and Petchara Chaowarat, Thai cinema’s greatest stars) while his assistants worked on the background. The poster for A Man Called Tone also bears Somboonsuk’s signature—effectively a brand logo for his studio—though it was painted entirely by Banhan.