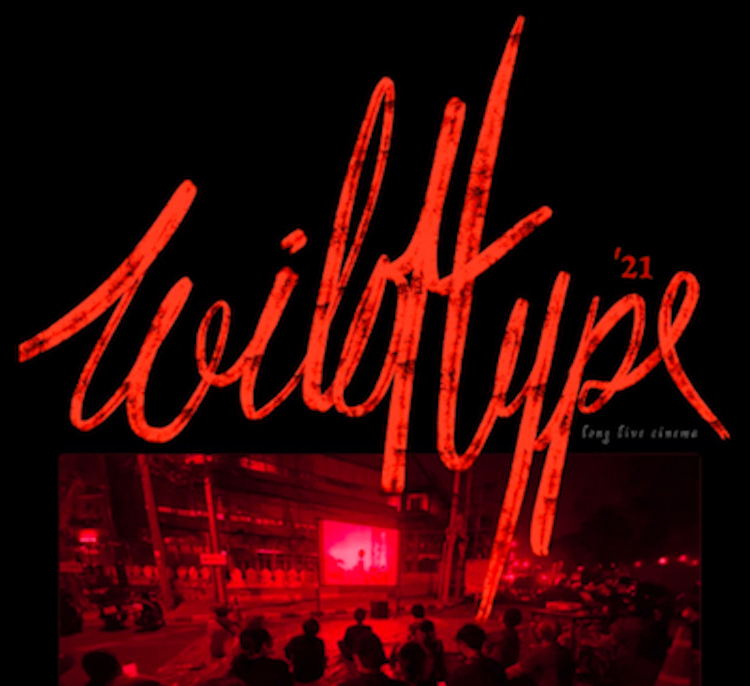 Wildtype 2021, a weekend of film screenings curated by Wiwat Lertwiwatwongsa, takes place today and tomorrow on YouTube. The screenings will also be shown at Ar(t)cade, a venue at the Arcade Market in Phayao. Both days include Politix, a selection of short films commenting on Thai political events.

This evening’s Politix strand begins with Veerapong Soontornchattrawat’s Official Trailer (อนุสรณ์สถาน), which intercuts footage of the 6th October 1976 massacre with clips from Love Destiny (บุพเพสันนิวาส), a popular historical lakorn. This is followed by a film referencing another massacre: Nil Paksnavin’s Rajprasong (ราชประสงค์), which ends with a black screen and the jolting sound of eighty-seven gunshots, representing the victims of the 2010 military crackdown in downtown Bangkok. (Rajprasong was previously shown at Histoire(s) du thai cinéma, another two-day film event programmed by Wiwat.)

The highlight of the evening is a more recent film, Sorayos Prapapan’s Prelude of the Moving Zoo, which begins subversively with a cylinder recording of the royal anthem, accompanied by footage of penguins seemingly standing to attention. (It was previously shown at ANIMAL KINgDOM, also programmed by Wiwat; and it was selected for the 24th Short Film and Video Festival.)

Wildtype concludes tomorrow, and the second Politix strand includes Prap Boonpan’s The Bangkok Bourgeois Party (ความลักลั่นของงานรื่นเริง), in which a group of yellow-shirted Bangkokians murder a man merely because he disagrees with their ideology. Less than a year after it was first shown, this dystopian satire became a reality when Narongsak Krobtaisong was beaten to death by PAD guards in 2008.

Chaweng Chaiyawan’s Please... See Us, which highlights the displacement of ethnic minorities, will also be shown tomorrow. This new film includes an extended sequence in which a pig is killed and dismembered, the helpless animal being a metaphor for the plight of ethnic minorities in Thailand. It will also be shown later this month as part of Signes de Nuit (‘signs of the night’), hosted by Documentary Club.
Categories: films, politics
Dateline Bangkok