Luk Thung:
The Culture and Politics of Thailand’s Most Popular Music 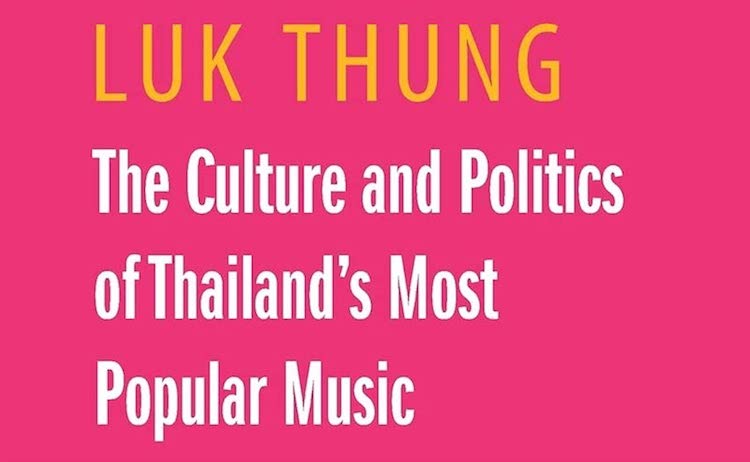 Luk Thung: The Culture and Politics of Thailand’s Most Popular Music, by James Leonard Mitchell (published in 2015), is the first English-language study of luk thung, a genre that’s usually characterised as Thai country music. Luk thung takes its name from a 1964 television show, and this period was the genre’s golden age, mostly due to the popularity of Suraphon Sombatcharoen—“the King of Thai Country Song”, whose most famous single was สิบหกปีแห่งความหลัง (‘sixteen years past’)—and the success of the blockbuster musical film Monrak Luk Thung (มนต์รักลูกทุ่ง).

Mitchell’s revisionist history covers the genre’s origins in Isaan during the Phibun and Sarit era, when “censorship combined with better economic conditions encouraged songwriters... to abandon social commentary and move into writing commercial and sometimes nationalistic luk thung.” These included a series of stridently nationalistic songs such as เขาพระวิหารต้องเป็นของไทย (‘Preah Vihear Temple must be Thai’), protesting the 1962 judgement that the Preah Vihear Temple was part of Cambodian soil.

The book concludes with an account of the politicisation of luk thung by the red-shirts and yellow-shirts, and provides a detailed analysis of the pro and anti-Thaksin songs played at their respective protest rallies. This final chapter (expanded from Mitchell’s excellent journal paper Red and Yellow Songs) is both a fascinating study of popular culture as propaganda, and a groundbreaking recognition of luk thung’s political dimension. It also situates luk thung within the tradition of Thai ‘songs for life’ following the 14th October 1973 uprising (a tradition that continues today with protest songs in support of the anti-government movement).
Categories: books, music, politics
Dateline Bangkok