The Serenity Of Madness 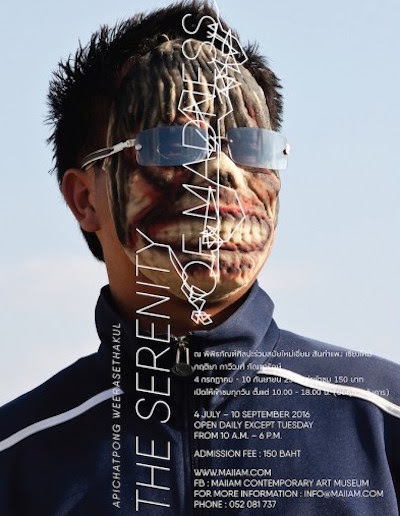 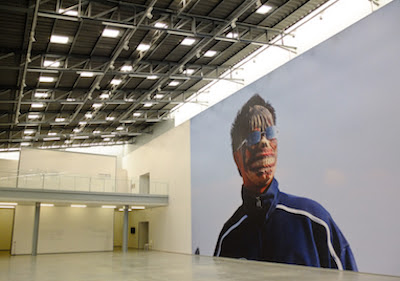 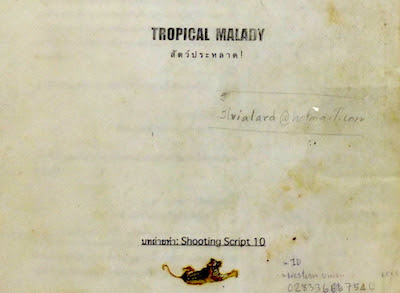 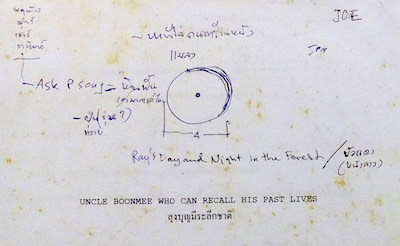 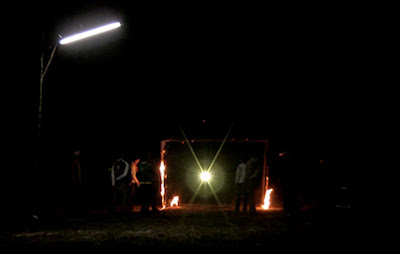 The exhibition begins with Ghost Teen, an enormous photograph (also used on the exhibition poster) filling an entire two-storey wall. In the first gallery are production materials from Apichatpong's archive, including scripts and sketches for Tropical Malady and Uncle Boonmee Who Can Recall His Past Lives.

Twenty-one of Apichatpong's short films and videos are shown in the other galleries, including Ashes (filmed on a LomoKino camera), Vampire (a faux-documentary horror film), 0116643225059 (a student film made in Chicago, previously screened at Tomyam Pladib), and Windows (Apichatpong's first work shot on video, previously shown at Indy Spirit Project). There are also three short videos from his Primitive installation: An Evening Shoot, Nabua, and the spellbinding Phantoms Of Nabua.
Tags: art
continued...