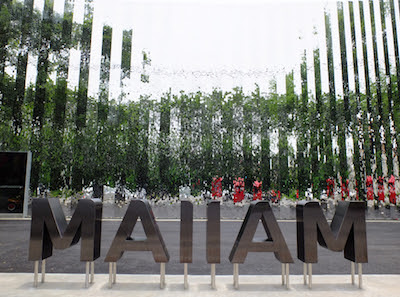 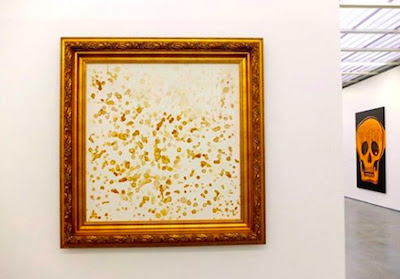 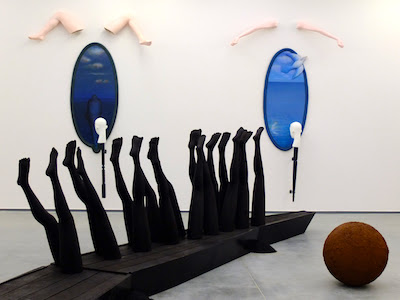 The MAIIAM Museum of Contemporary Art opened this month in Chiang Mai (on 3rd July), and its inaugural exhibition is an Apichatpong Weerasethakul retrospective. The Museum's permanent collection, shown in an exhibition titled Feeling The 1990s, is drawn from the Pipitmaya Collection of Thai and Asian contemporary art.

Feeling The 1990s includes early works by many of Thailand's leading contemporary artists. Manit Sriwanichpoom is represented by one of his 'Pink Man' photographs. There are two installations by Araya Rasdjarmrearnsook, who is now more renowned as a video artist. The collection also includes a seminal painting (in the literal sense), Kosit Juntaratip's Copulate With Love (1994), which is labelled as "Ejaculation on canvas (Kosit's spermatozoa)".

Despite being the third major contemporary art museum to open in Thailand in the past decade, after BACC in 2008 and MoCA in 2012, MAIIAM is arguably the country's only museum dedicated to truly contemporary art. In contrast, BACC regularly hosts exhibitions with traditional, royalist themes, and MoCA's conservative permanent collection is dominated by religious paintings and bronzes, without any multimedia or installation art.

MAIIAM's atmosphere is also much more relaxed than the rather austere BACC and MoCA. Photography is forbidden in BACC's main galleries, and MoCA has a long list of strict rules (for example: no pens, no large sketchbooks, no sitting on the floor). MAIIAM is not only Chiang Mai's premier art venue, it's also one of the most exciting developments in Thailand's art scene for a long time.
Categories: art
continued...