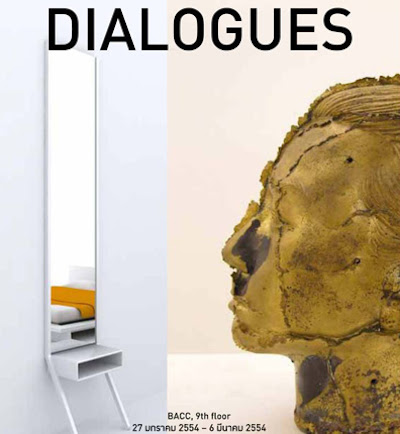 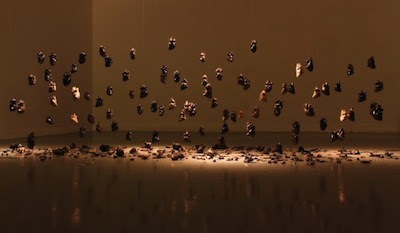 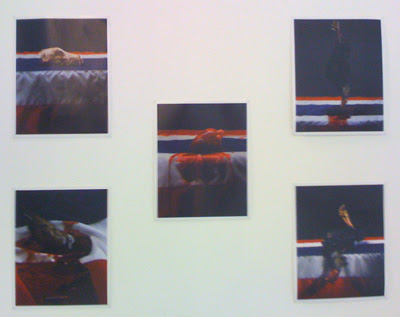 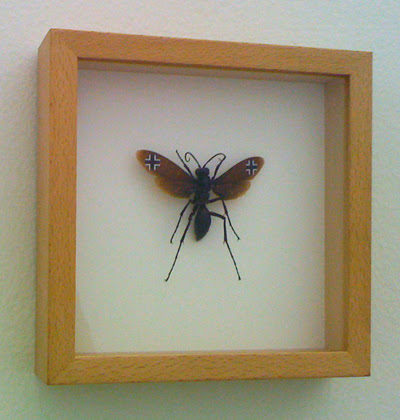 Dialogues is a multi-media exhibition showcasing recent works by prominent Thai and Belgian artists. The exhibition opened at BACC on 27th January, and will close today.

Among the numerous highlights are a ceramic sculpture by Wasinburee Supanichvoraparch (previously shown at Another Side), WWF (an enormous wasp by Pascal Bernier), and Manit Sriwanichpoom's photographs of dead animals on the Thai flag. (Manit has contributed equally political images to the Rupture, Flashback '76, and From Message To Media exhibitions.)

There is also a rare opportunity to see Araya Rasdjarmrearnsook's videos The Class I-III, in which she teaches a class of corpses. (Her video Conversation was shown at The Suspended Moment, and Reading For Female Corpse was at From Message To Media.) However, the most fascinating exhibit at Dialogues is Ruangsak Anuwatwimon's Ash Heart Project, a collection of heart sculptures made of animal and human ashes.
Categories: art
continued...