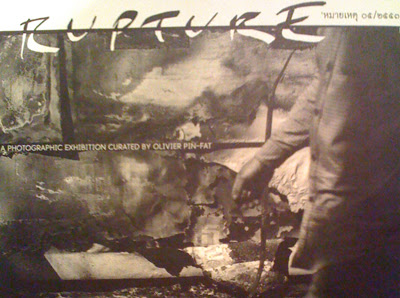 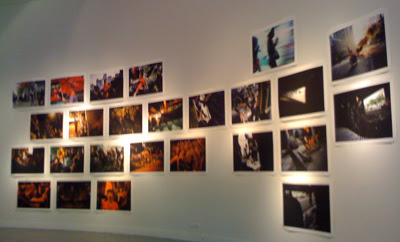 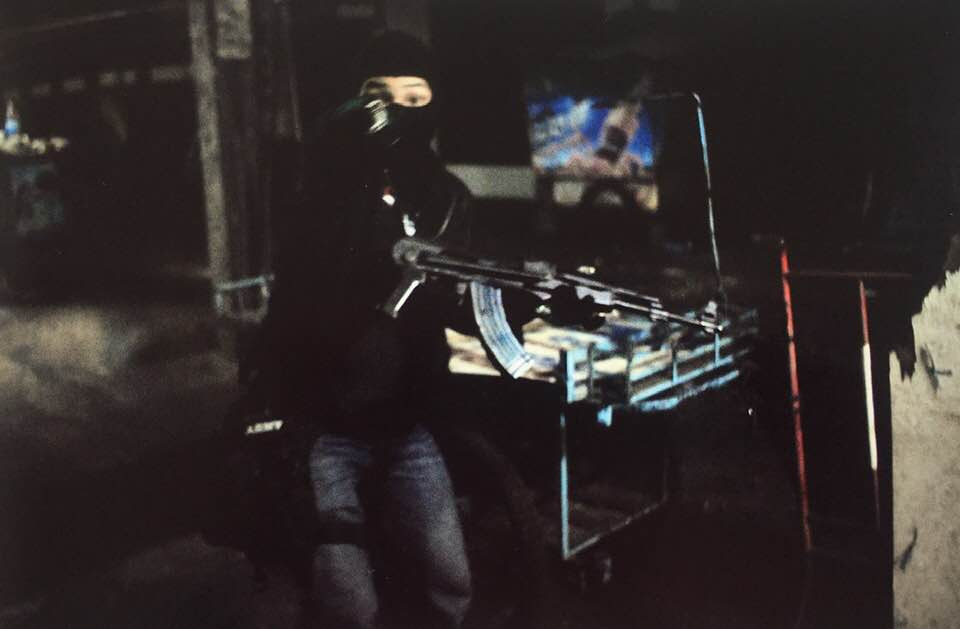 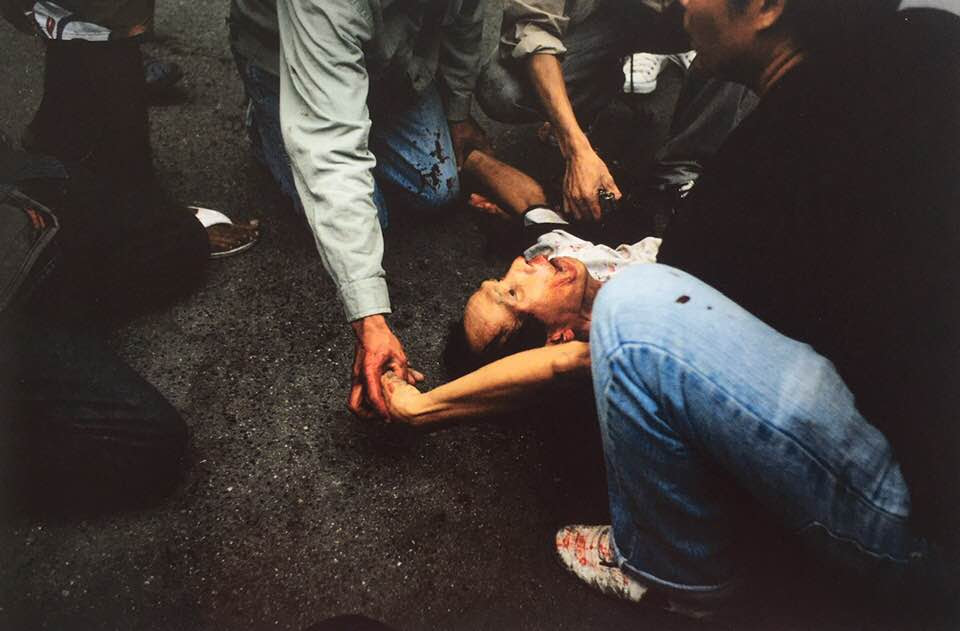 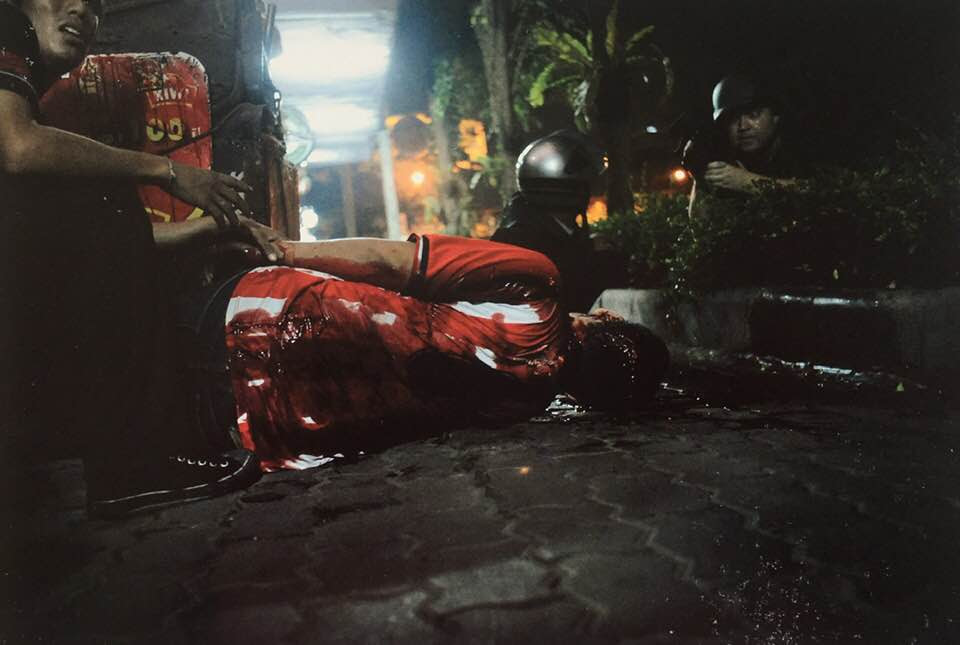 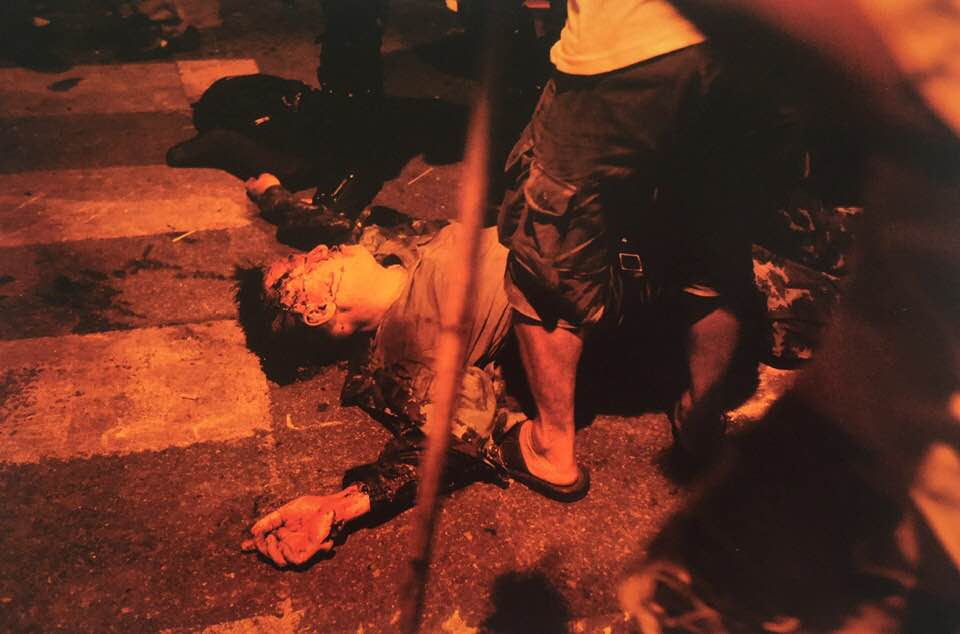 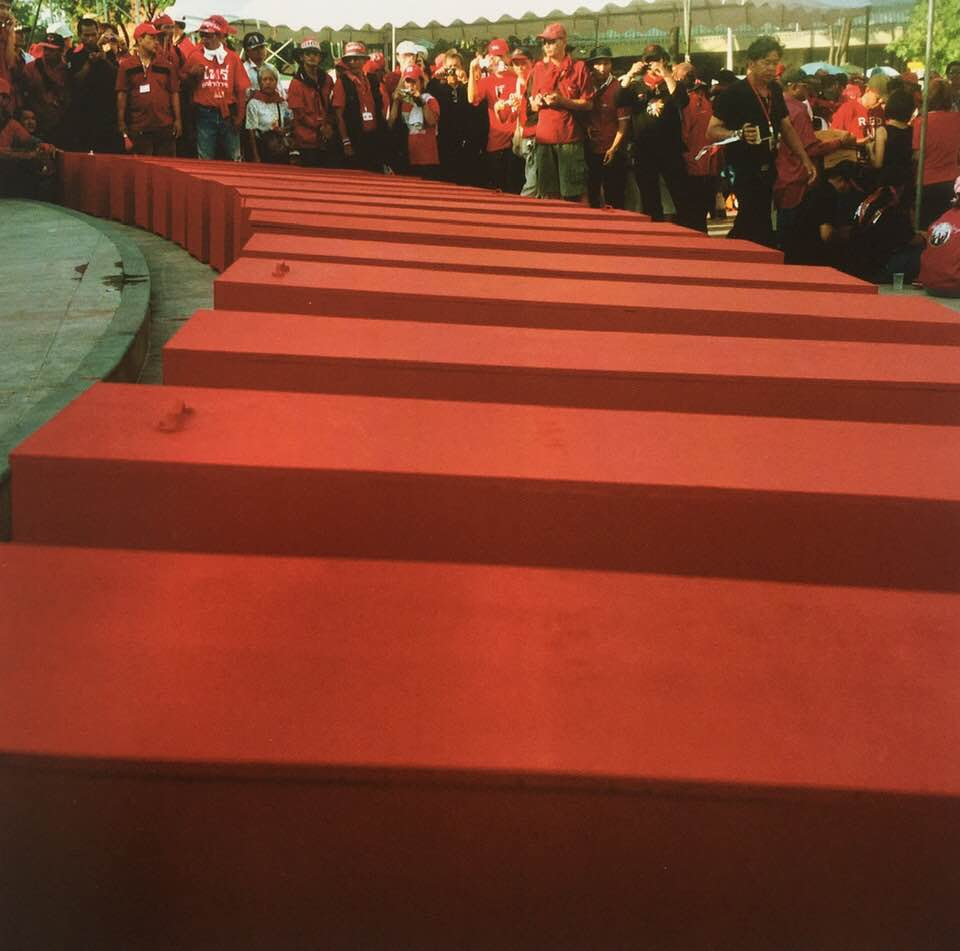 Rupture: Cause & Effect is an exhibition of photographs taken during the political protest this year. The exhibition features images by Olivier Pin-Fat (who is also the curator), Wolfgang Bellwinkel, Agnes Dherbeys, Piyatat Hemmatat, and Manit Sriwanichpoom.

Only one of the five artists, photojournalist Agnes Dherbeys, photographed the victims of the military crackdown. However, five of her images have been removed from the exhibition (leaving conspicuous white spaces on the gallery wall). The censored photos include a stunning portrait of a black-clad sniper (seemingly confirming the presence of 'men in black' at the protests), and disturbing images of injured and dead protesters.

Photographs by the other four artists depict only the aftermath of the protest: burnt buildings, plumes of smoke, and barricades of tyres. Manit, for example, photographed bystanders while they photographed the ruins of CentralWorld. This presents the protesters simply as arsonists, and ignores the army's violent crackdown. (Manit has previously portrayed military suppression of protesters more directly, with images in the From Message To Media and Flashback '76 exhibitions.)

Rupture is showing at BACC, Bangkok, from 25th November 2010 to 9th January 2011. Note that the five censored photographs are included in the exhibition catalogue.
Categories: art, censorship, politics
continued...