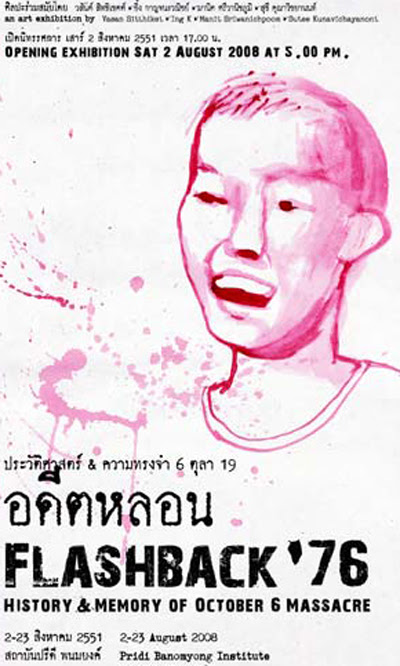 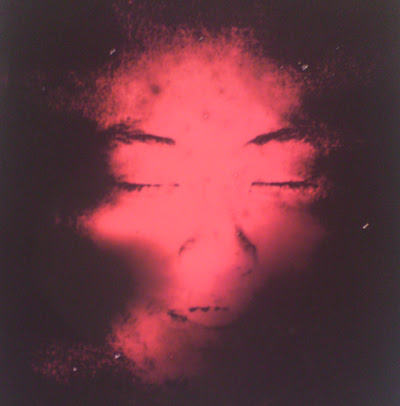 The group exhibition Flashback '76 commemorates the 1976 Thammasat University massacre. The exhibition includes Manit Sriwanichpoom's photo series Died On 6th October 1976; Manit soaked autopsy photographs of the victims of the massacre in blood, to reinforce the violence of the event. They were created to express Manit's incredulity when Prime Minister Samak Sundaravej told CNN that only one person died in the massacre

The 1976 massacre was also the subject of Manit's Horror In Pink series, shown at From Message To Media. (That series was made in response to Samak being elected governor of Bangkok in 2000 by an electorate that had seemingly forgotten or forgiven his role as an agitator in the buildup to the massacre.) Flashback '76, at the Pridi Banomyong Institute in Bangkok, opened on 2nd August, and will close on Saturday.
Categories: art, censorship
continued...