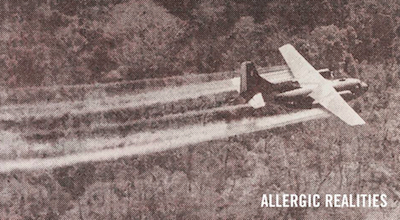 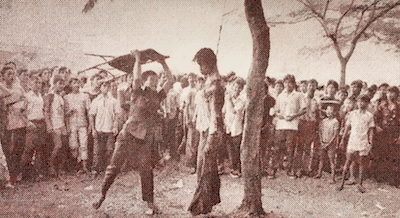 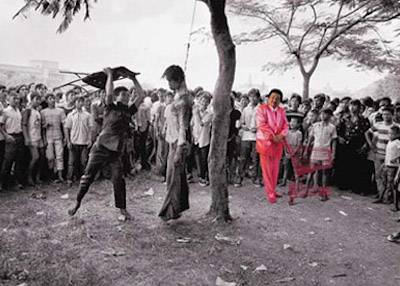 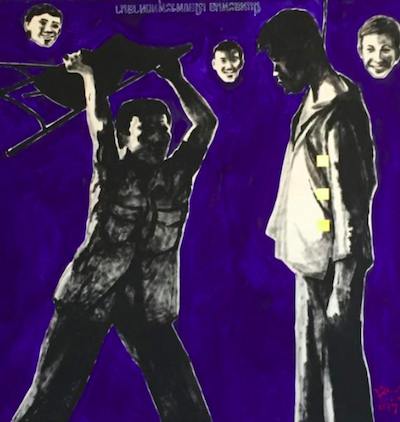 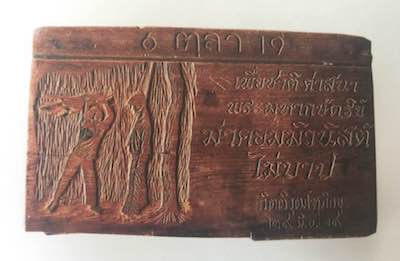 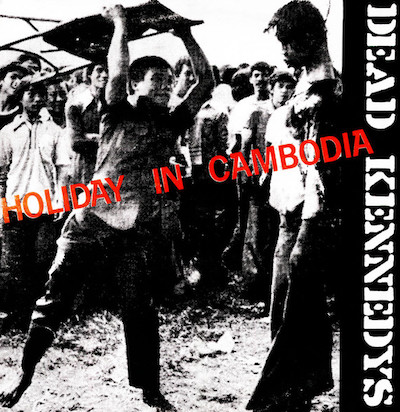 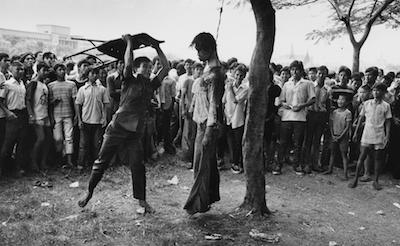 One of the paintings (Thammasat Hanging) is based on the notorious Neal Ulevich photograph of a public lynching following the 1976 Thammasat University protest. The photo was also appropriated by Manit Sriwanichpoom for Horror In Pink (ปีศาจสีชมพู), featuring Manit's trademark 'Pink Man' as an incongruous spectator. Vasan Sitthiket's Blue October (ตุลาลัย) series included a version of the photograph painted in mournful blue, with gold leaf to honour the hanged man, and the sarcastic title This Is the Buddhism Country (นี่แหละหนอเมืองพระพุทธศาสนา). Sutee Kunavichayanont carved it into a wooden desk for his History Class (ห้องเรียนประวัติศาสตร์) installation. The image even featured on the cover of Holiday in Cambodia, a single by the Dead Kennedys (ironically, given the song's title).

Kosit previously painted with blood during performances in the 1990s (as documented in Thailand Eye), and he has also used other bodily fluids as a medium: his painting Copulate With Love (at MAIIAM) is labelled "Ejaculation on canvas (Kosit's spermatozoa)". Allergic Realities opened at Bangkok University Gallery on 17th September, and runs until 30th October.