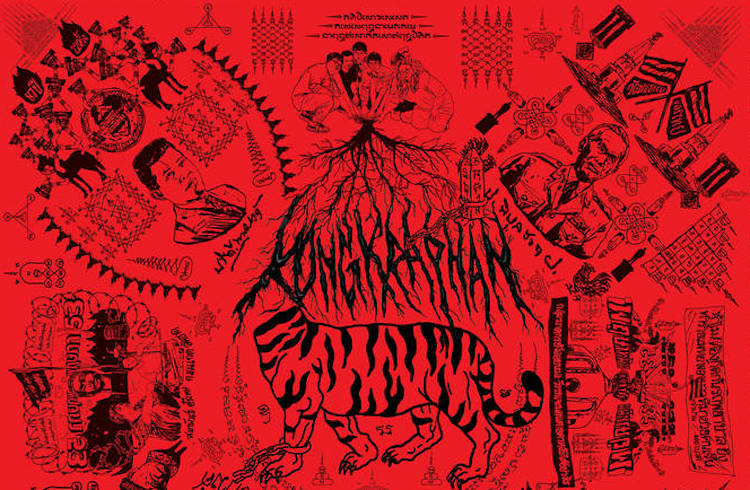 Kongkraphan, the new album by artist and musician Pisitakun Kuantalaeng, commemorates the military’s violent suppression of red-shirt demonstrators in 2010. The titles of each of the eight tracks refer to dates on which protesters were shot by the army, and they include samples of audio recorded during the protests. The album title translates as ‘invulnerable’, a reference to the military’s impunity.

Pisitakun previously documented the final week of the massacre in a series of posters and stickers, released as a box set titled Ten Year: Thai Military Crackdown [sic] marking the tenth anniversary of the events. His album Absolute Coup was equally political, with each track named after the various institutions that he deemed responsible for laying the groundwork for Thailand’s numerous military coups.
Categories: music, politics