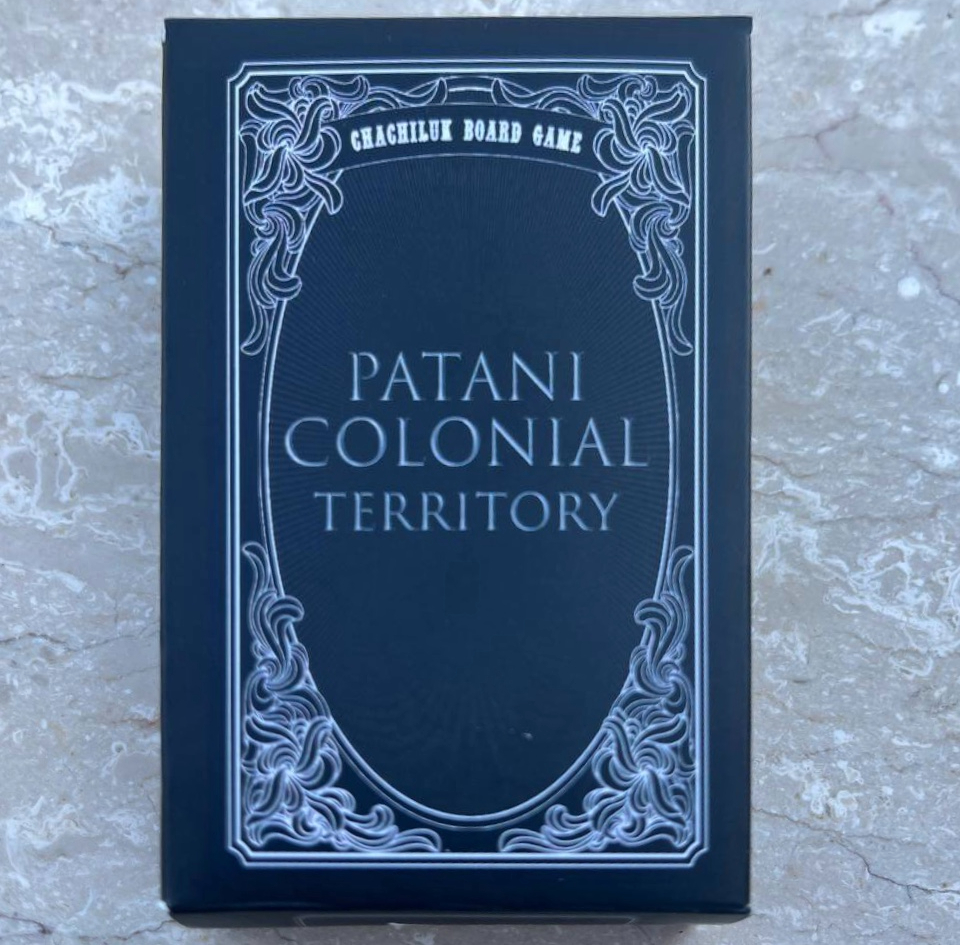 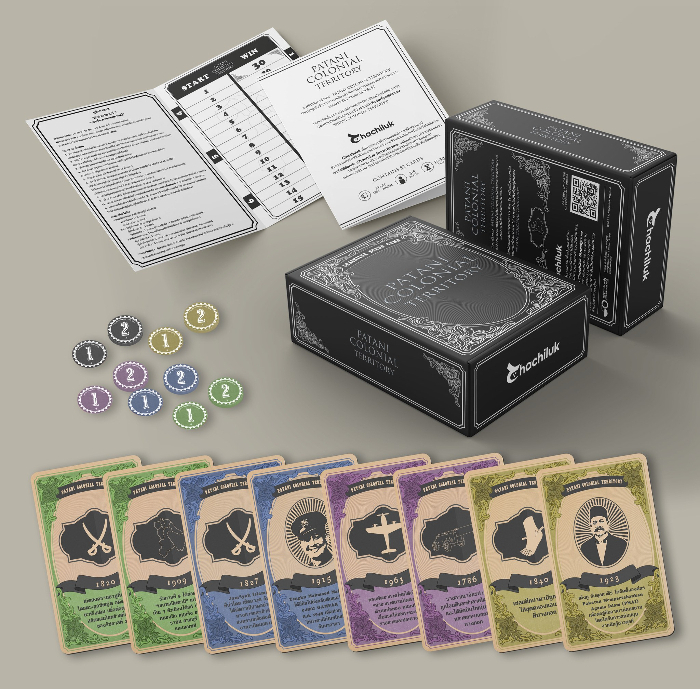 Thai police yesterday raided a coffee shop in Yala province and seized sets of a new card game, Patani Colonial Territory. The officers arrived at the cafe, in Bannang Sata market, at 5pm. The owner initially refused to cooperate with them, as a search warrant had not been obtained, though after several hours of questioning at the local police station, the game was confiscated pending an investigation.

The game was designed as an educational tool, to provoke discussion about the contested history of the Patani region. (‘Patani’ refers to a formerly independent Malay Muslim sultanate that is now part of Thailand. Therefore, beyond the southernmost provinces of Yala, Pattani, and Narathiwat—which comprise the Patani region—‘Patani’ is regarded as a controversial, politicised term with separatist connotations.)

Patani Colonial Territory was produced by the game company Chachiluk in collaboration with the book publisher KOPI, funded by the Progressive Movement’s Common School project. Fifty sets of the game (each of which is a pack of fifty-two cards) have been distributed as part of a soft launch, with plans for a more widespread release in a few months’ time. The game has been criticised by the royalist Thai Pakdee Party whose leader, Warong Dechgitvigrom, lodged a complaint against it at the Ministry of Interior yesterday.

The Patani region was represented by a major exhibition in 2017, Patani Semasa (ปาตานี ร่วมสมัย), though the organisers considered it too sensitive to release an exhibition catalogue at the time. (It was eventually published in Malaysia when the exhibition transferred there in 2019.) Jehabdulloh Jehsorhoh’s art also deals with Patani politics and society, and a monograph of his work, The Patani Art of Struggle (ศิลปะปาตานี วิถีแห่งการดิ้นรน), was published in 2020.
Categories: censorship, politics