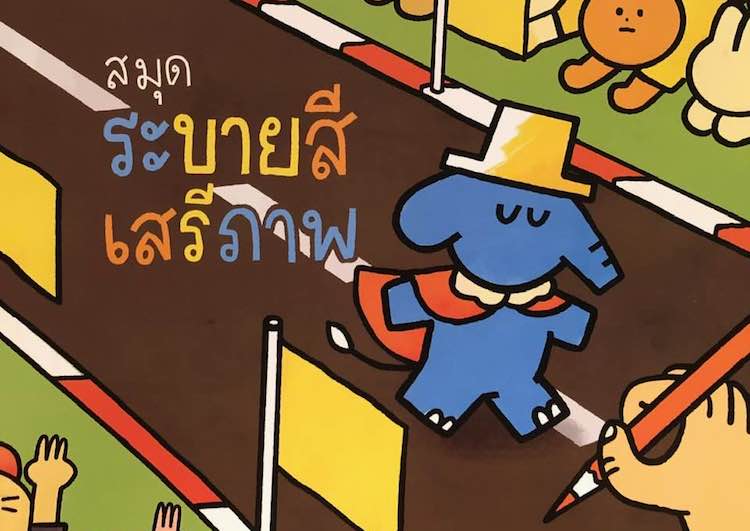 สมุดระบายสีเสรีภาพ (‘freedom colouring book’), written by Suwicha and illustrated by PHAR (both of which are pen names), isn’t a regular children’s colouring book. It was released this month by the band The Commoner, and it introduces young children to Thai politics, with illustrations of anthropomorphised animals representing anti-government protesters.

The concept is presumably modelled on the set of children’s picture books released last year by Family Club (and the additional new titles from the Mirror Foundation), which also present progressive political issues in a child-friendly way. สมุดระบายสีเสรีภาพ is especially similar to The Adventures of Little Duck (เป็ดน้อย) from that series, and both books show water cannon being deployed against the protesters.