Lost, and Life Goes On 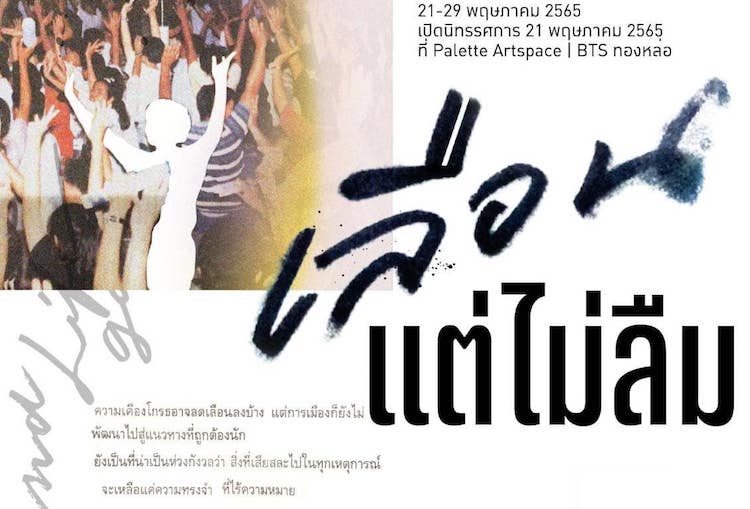 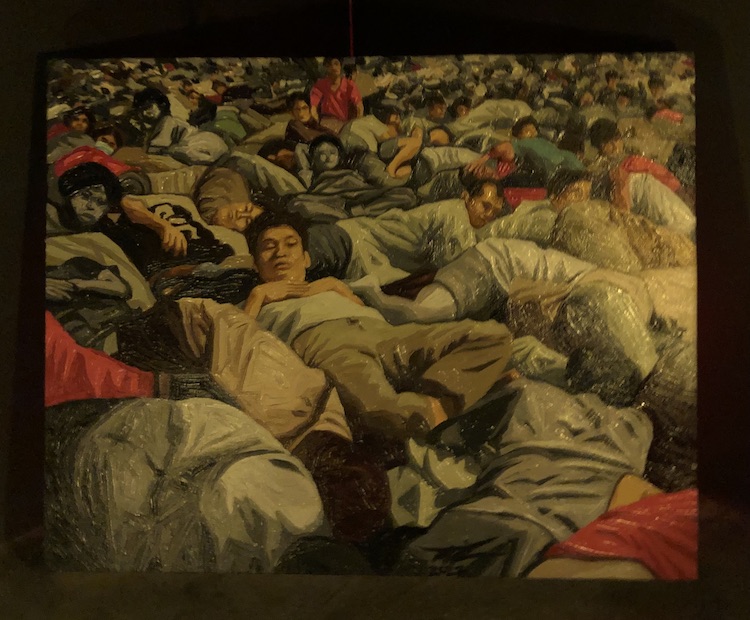 Amnesty International Thailand has organised a new exhibition commemorating the thirtieth anniversary of ‘Black May’, the massacre of anti-coup protesters that took place in Bangkok in 1992. Chamlong Srimuang led a crowd of more than 200,000 protesters at Sanam Luang on 17th May 1992, and the following morning the army fired live rounds into the crowd. The protest spread to Democracy Monument on Ratchadamnoen Avenue, and the nearby Royal Hotel became a field hospital for the injured. After two more days of clashes, King Rama IX held a televised meeting with Chamlong and coup leader Suchinda Kraprayoon, after which Suchinda resigned as Prime Minister. This was the King’s most direct public intervention in politics, and footage of the two men kneeling in front of him created the impression that royal authority superseded political leadership.

The official death toll from ‘Black May’ was fifty-two, though there were persistent rumours of dozens more bodies piled into military trucks in the dead of night. (Such accounts are at the heart of Emma Larkin’s novel Comrade Aeon’s Field Guide to Bangkok.) The exhibition Lost, and Life Goes On (เลือนแต่ไม่ลืม), which opened yesterday at Palette Artspace in Bangkok, focuses on these missing victims who remain unaccounted for. In a video installation by Setthasiri Chanjaradpong, สุดปลายสาย (‘the end of the line’), a woman phones a suspected victim who never answers the call. The video periodically shows a live feed from a camera in the gallery, as if to say that anyone could disappear, as Thailand is still ruled by a coup leader.

The exhibition, which runs until 29th May, also includes a series of three Risograph prints by Thisismjtp: Unexpected (a reference to the violence of ‘Black May’), Unfound (referring to the missing victims), and Unclear (the state of limbo that still exists thirty years later). There are also portraits of eighteen victims by Thai Political Tarot (collectively titled Remember), newspapers from the period, and paintings based on news photographs. The opening day saw the premiere of a new half-hour documentary directed by Sumeth Suwanneth (also titled Lost, and Life Goes On), featuring interviews with relatives of victims of the massacre.

The only previous exhibition on ‘Black May’, Ratchadamnoen Memory (organised by the Campaign for Popular Democracy, and held at the Imperial Queen’s Park Hotel), took place a few months after the event. Audio recordings of the massacre were played during the recent Traces of Ratchadamnoen (ล่องรอยราชดำเนิน) exhibition. Vasan Sitthiket’s painting Death for Democracy 1992 (ตายเพื่อประชาธิปไตย 2535) was included in his BACC retrospective, and สร้างสาน ตำนานศิลป์ 20 ปี (‘creating a chronicle of 20 years of Thai art’) features other paintings inspired by the massacre.
Categories: art, politics
Dateline Bangkok