The Battle Wound of Thalufah 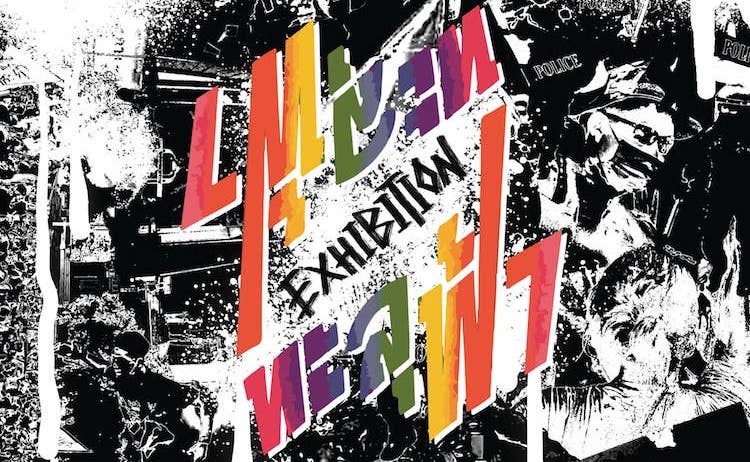 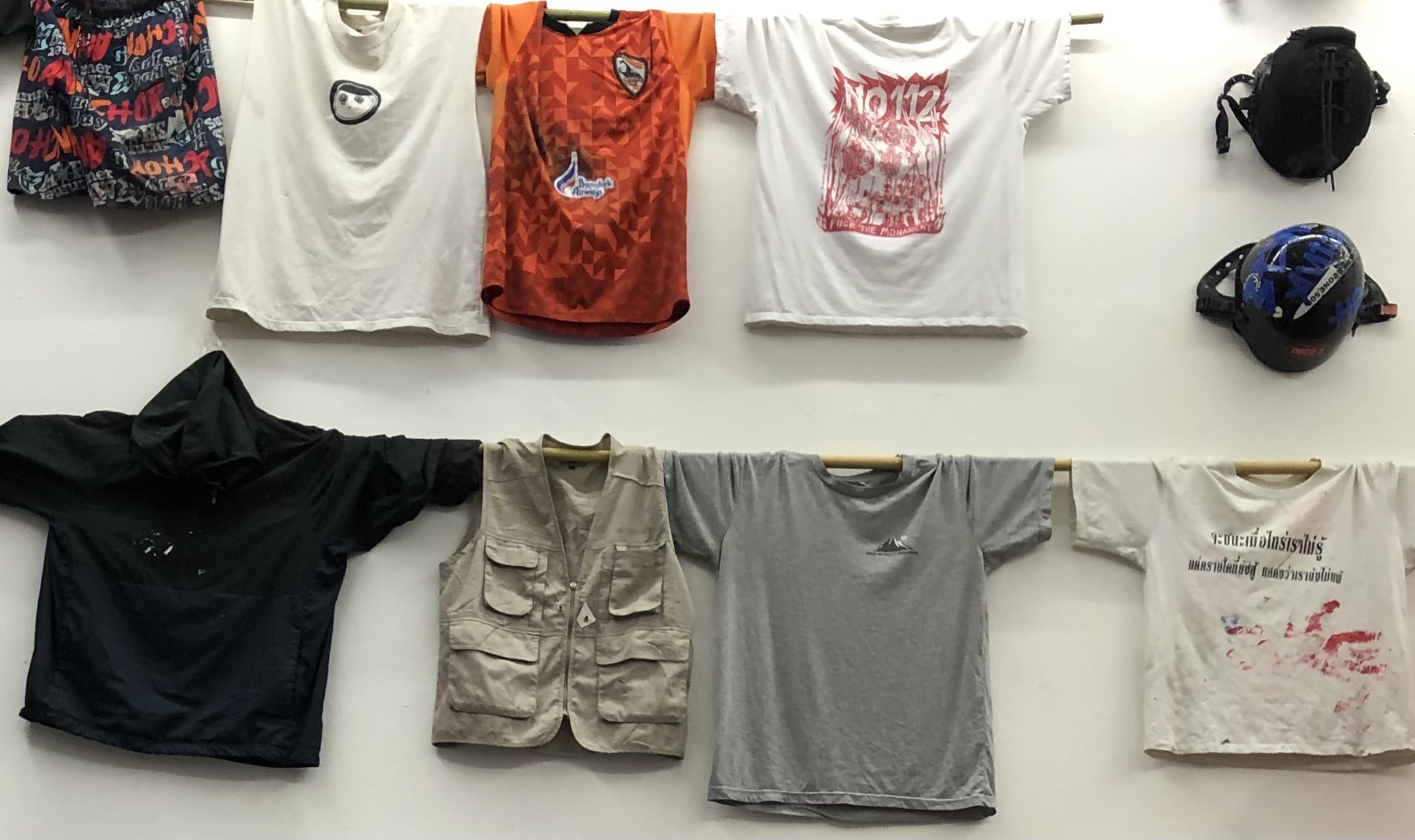 The protest group Thalufah organised demonstrations near Prayut Chan-o-cha’s residence on Vipavadee Rangsit Road last year. The Battle Wound of Thalufah, a new exhibition at Cartel Artspace in Bangkok, features t-shirts worn by the protesters and art installations created by the group. One of the t-shirts appears to be bloodstained, and gas masks are also on display—visible reminders that riot police used rubber bullets and tear gas against the demonstrators. (Similarly, Sirawith Seritiwat’s bloodstained shirt was shown along with anti-government t-shirts at the Never Again exhibition in 2019.)

Thalufah was founded by Jatupat Boonpattararaksa, who has been convicted of lèse-majesté (article 112), and the exhibition features t-shirts with various anti-112 slogans. (A similarly uncompromising slogan also appears as graffiti in the photobook EBB by BEKOS.) In one corner, a television is tuned to channel 10, though it has no signal. Next to it are reproductions of a poster from The X Files, modified with screengrabs from a leaked video (which was also referenced in Nawat Lertsawaengkit’s painting Yellow! and Badmixy’s music video Next Love).

Thalufah previously organised the Specter exhibition, which was later expanded. The Battle Wound of Thalufah opened on 31st March, and was originally scheduled to close on 30th April, though the event has now been extended. A feature-length documentary made by Thalufah, The Evil of Time’s Growth (การเติบโตของปีศาจแห่งการเวลา), will be shown at the gallery and streamed online via Facebook and YouTube on 7th May.