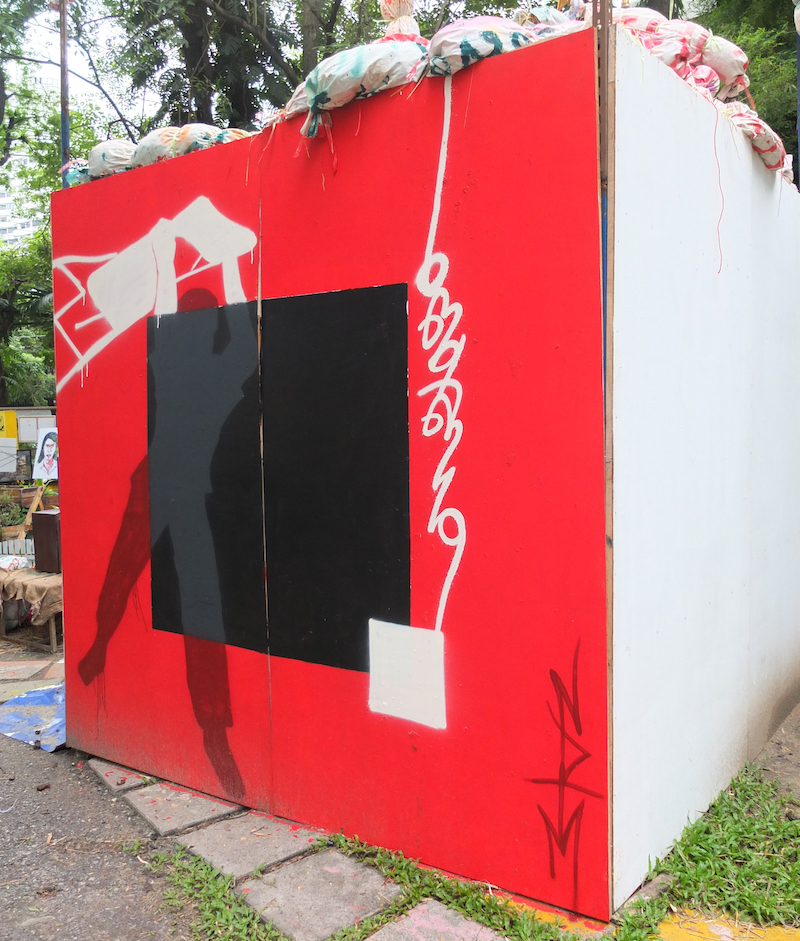 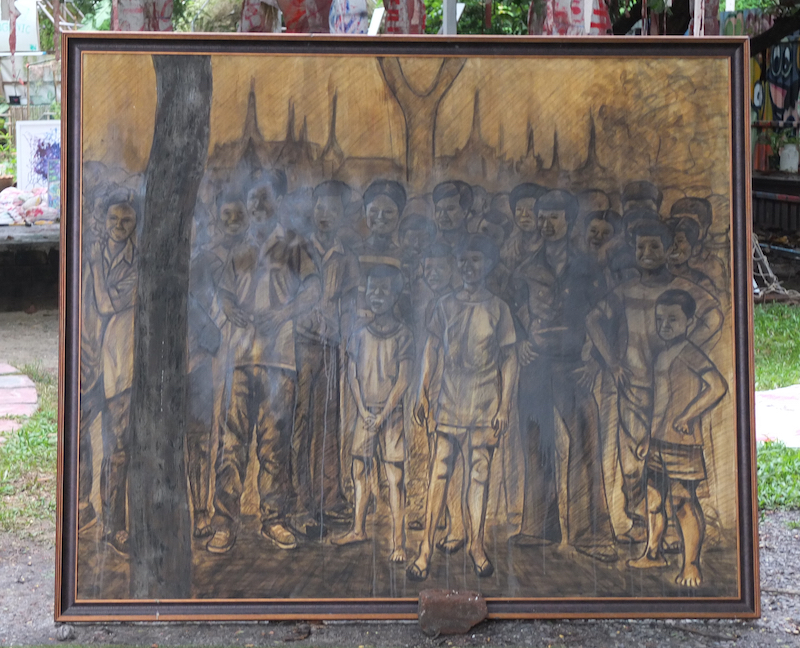 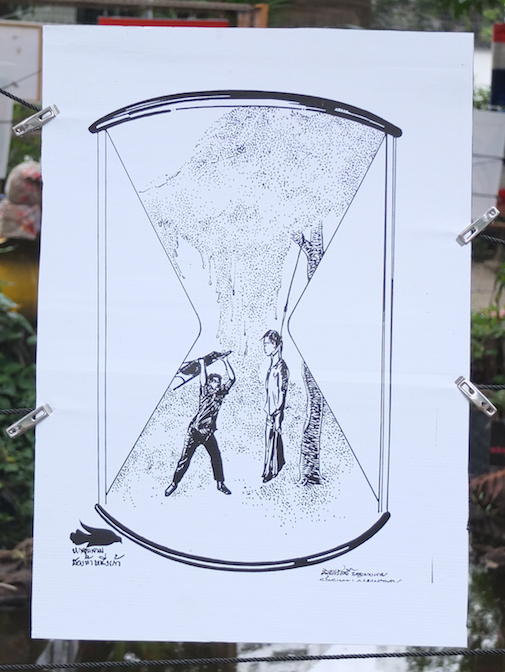 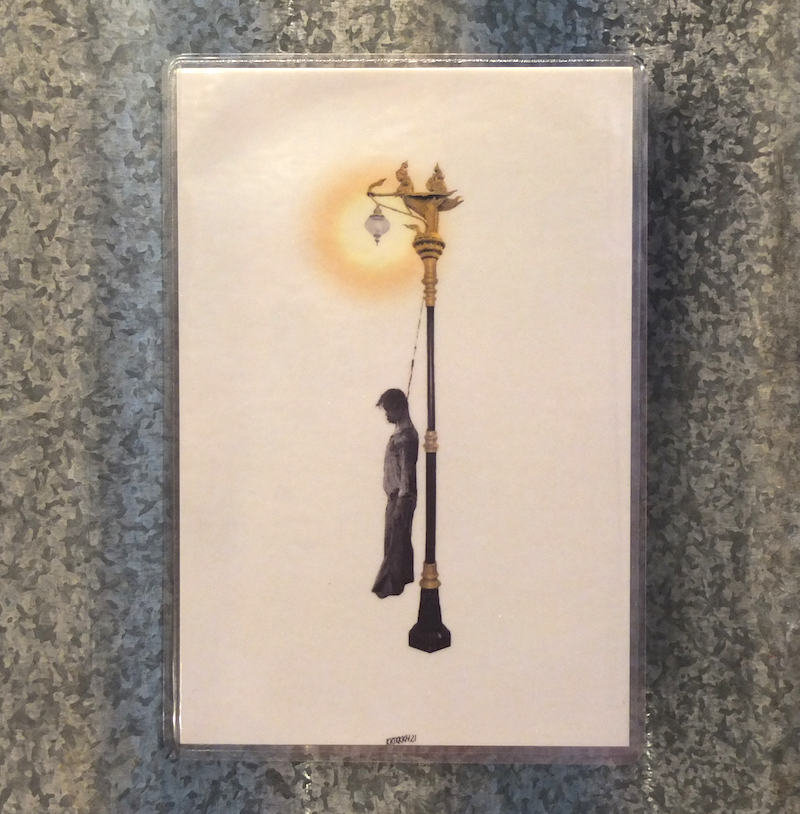 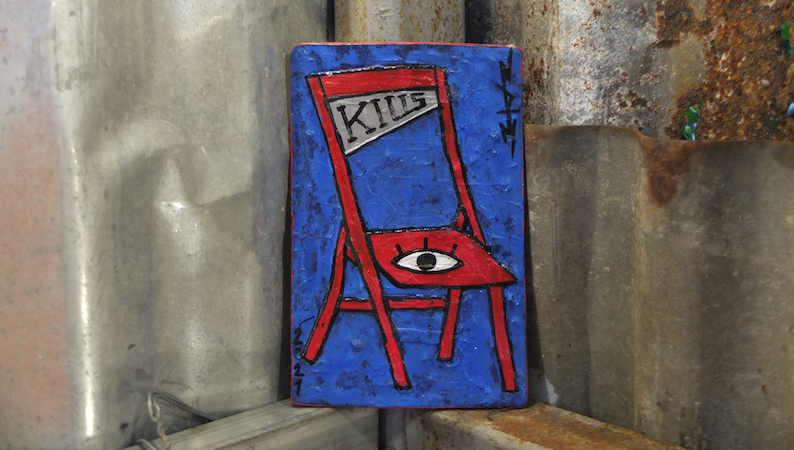 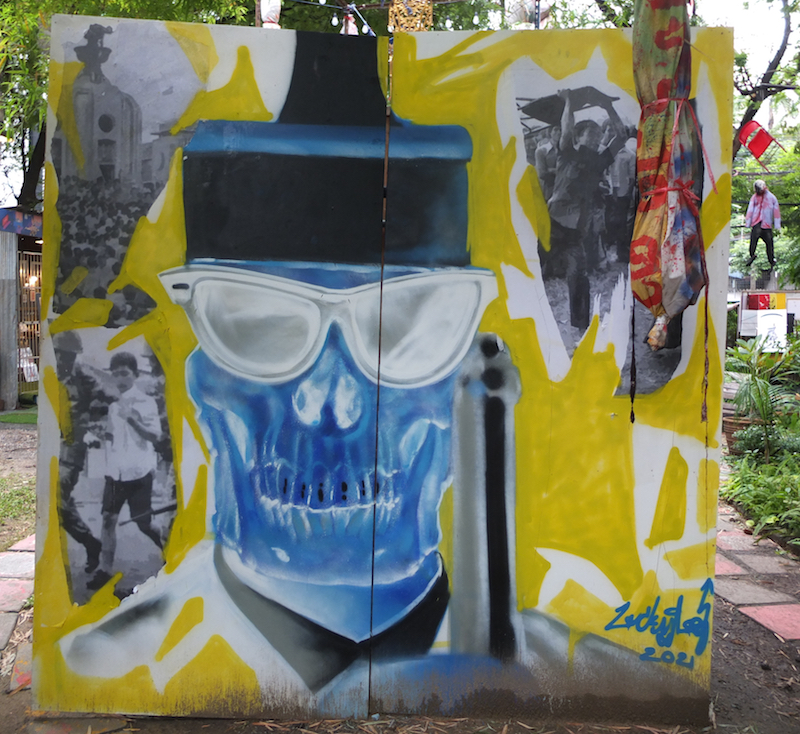 Specter (ปีศาจ), an exhibition organised by the protest movement Thalufah, opened at Angoon’s Garden in Bangkok on 18th September and runs until 14th October. Since the opening, more works have been added to the exhibition, all of which relate to the 6th October 1976 massacre. (Specter marks the 45th anniversary of the massacre, in lieu of the annual commemoration at Thammasat University, which will not take place this year due to the coronavirus pandemic.)

The additional works all incorporate elements of Neal Ulevich’s infamous photograph of a vigilante hitting a hanging corpse with a folding chair, a single image that has come to stand for the entire massacre. The photo itself is reproduced as part of a collage by Lucky Leg. (Due to the sensitivity of the exhibition, many of the artworks are credited to pseudonyms.) In a drawing by Sinsawat Yodbangtoey, the vigilante and the corpse appear in an hourglass.

Ulevich’s photo is now so iconic that even isolated elements from it are immediately recognisable. In one painting, the man wielding the chair appears in silhouette. In a painting by KKTKKKH, the corpse hangs not from a tree as in the photograph, but from an ornate lamp post with a kinnaree finial. A painting by Rattapob Sirichom shows a crowd of onlookers and a tree trunk. Finally, a painting of a folding chair with a guillotine blade presents the chair as a weapon.
Categories: art, politics
Dateline Bangkok