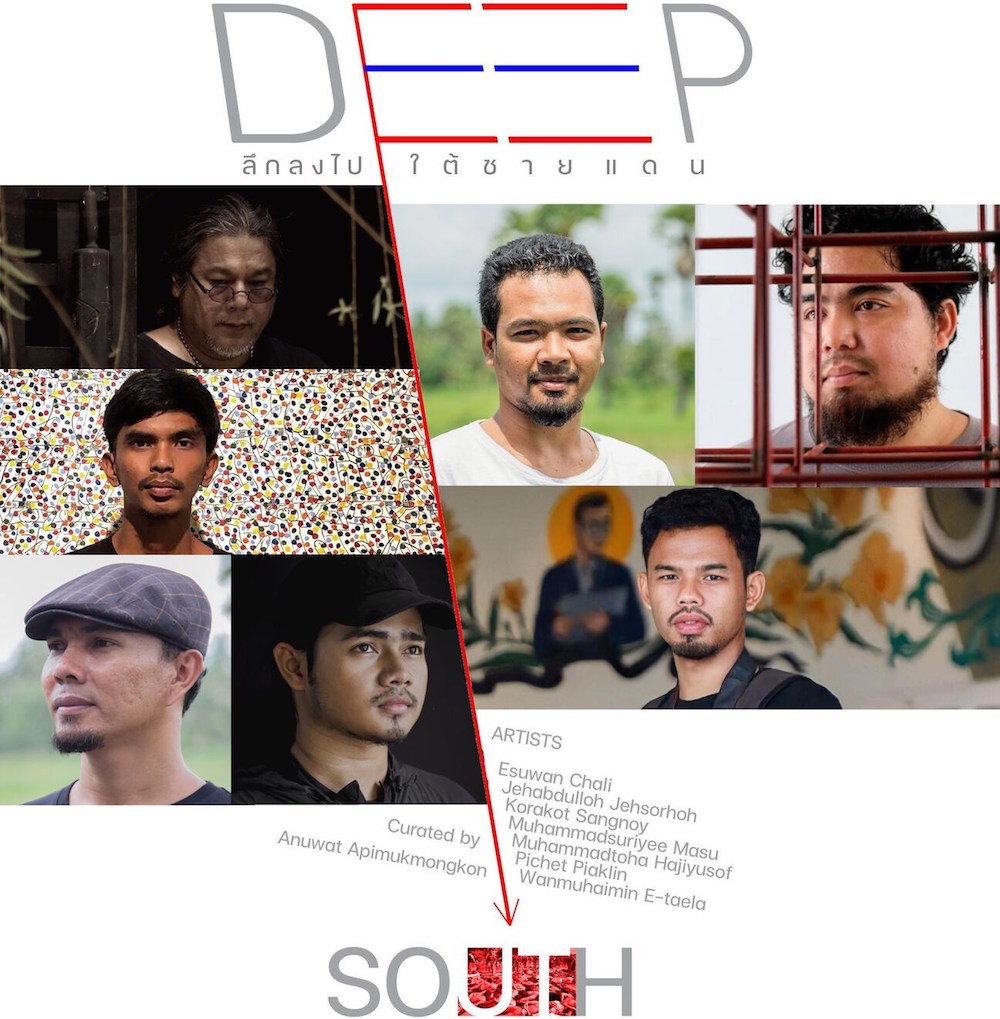 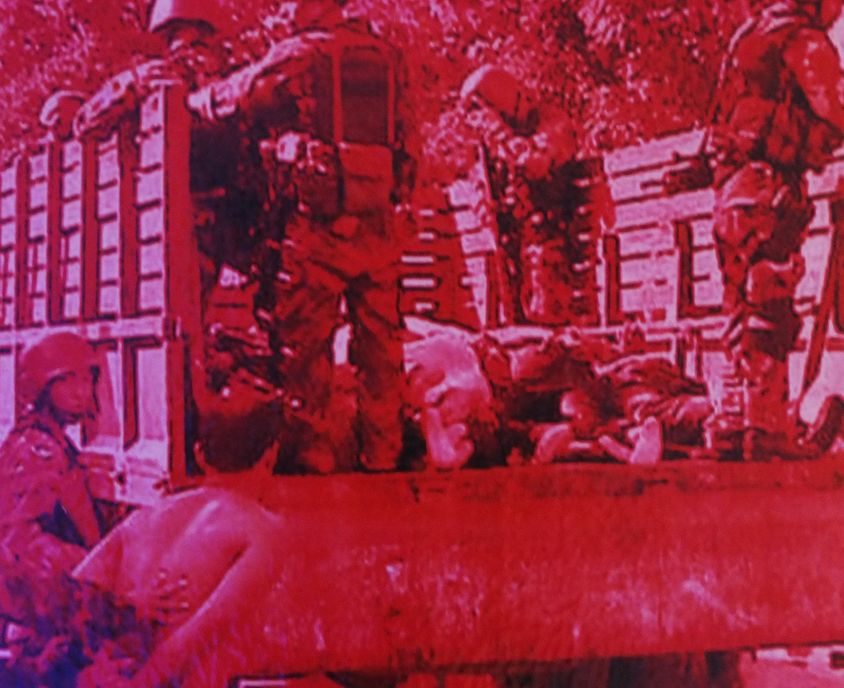 The group exhibition Deep South (ลึกลงไป ใต้ชายแดน) opened at VS Gallery in Bangkok on 31st March, and runs until 11th June. Like the landmark Patani Semasa (ปาตานี ร่วมสมัย) exhibition and catalogue, Deep South aims to destigmatise Thailand’s southernmost provinces of Pattani, Yala, and Narathiwat: in the exhibition brochure, curator Anuwat Apimukmongkon notes that many Bangkokians “dare not visit these cursed areas,” due to the ongoing separatist insurgency. In addition to paintings and installations by seven artists, the exhibition also features five news photographs of the 2004 Tak Bai incident, tinted red and displayed on the walls, floor, and ceiling. 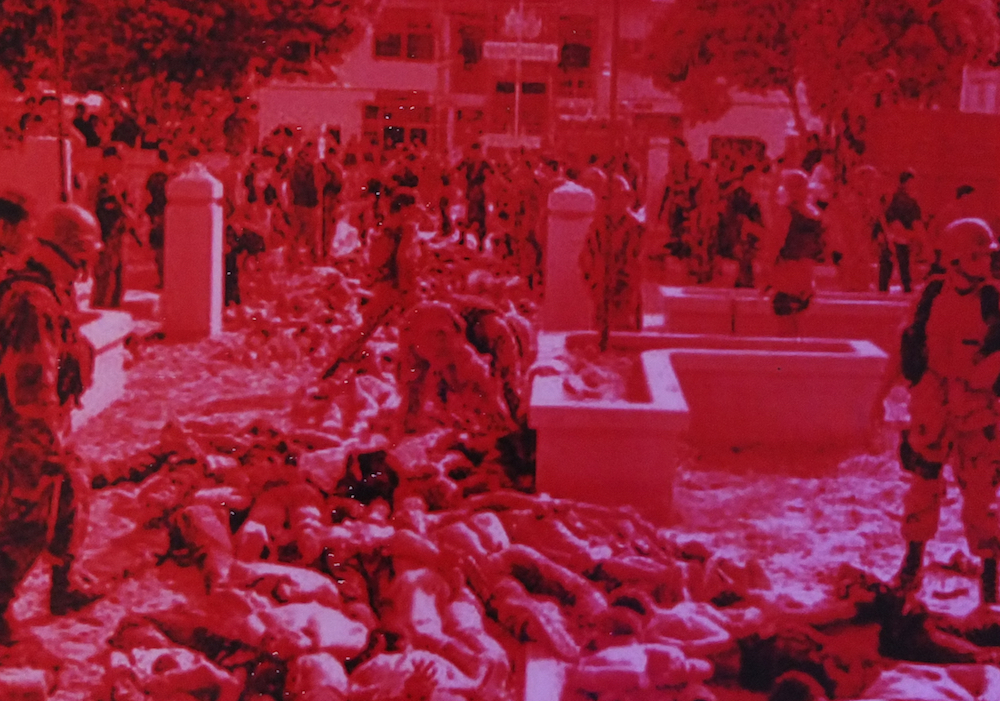 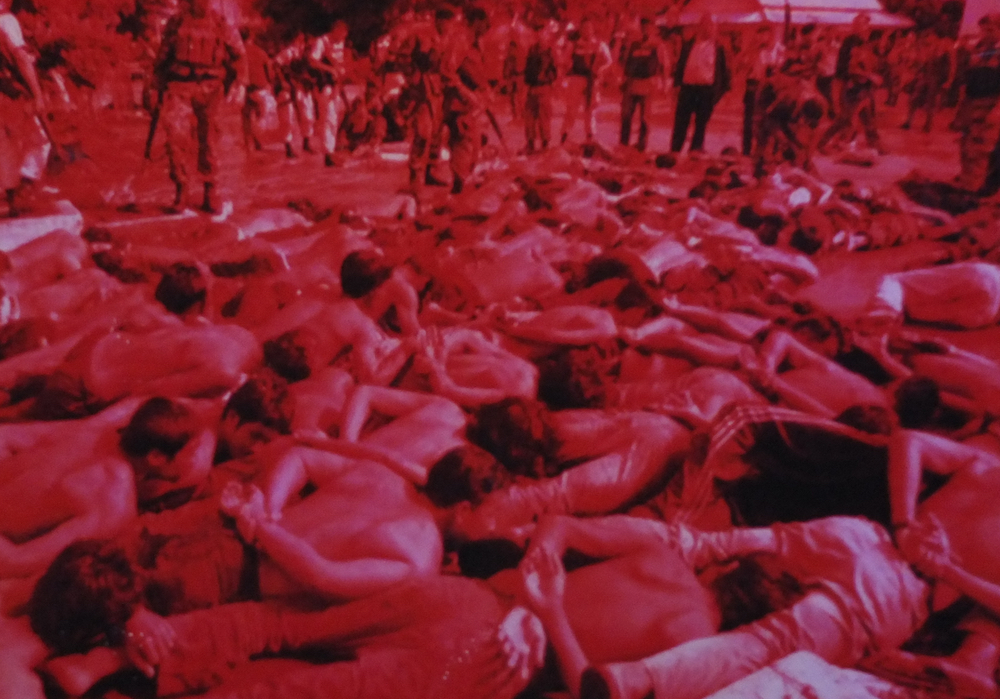 More than eighty protesters were killed at Tak Bai, most of whom died of suffocation after being crammed into military trucks. Video footage of the massacre was banned from television by Thaksin Shinawatra, who was Prime Minister at the time. Defying the ban, the journal Same Sky (ฟ้าเดียวกัน) distributed a VCD of Tak Bai footage, and this inspired Thunska Pansittivorakul to direct his political documentary This Area Is Under Quarantine (บริเวณนี้อยู่ภายใต้การกักกัน). As he told me in an interview for my book Thai Cinema Uncensored: “Something happened in that VCD that touched me, the first time that I watched it. It’s something that I never knew from other media.” 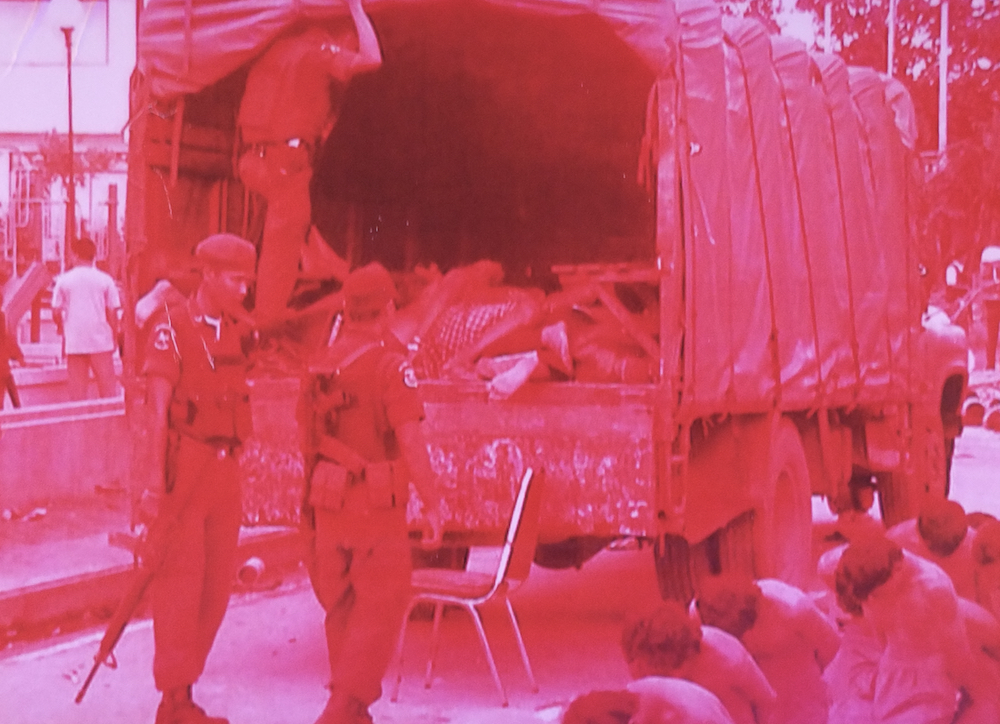 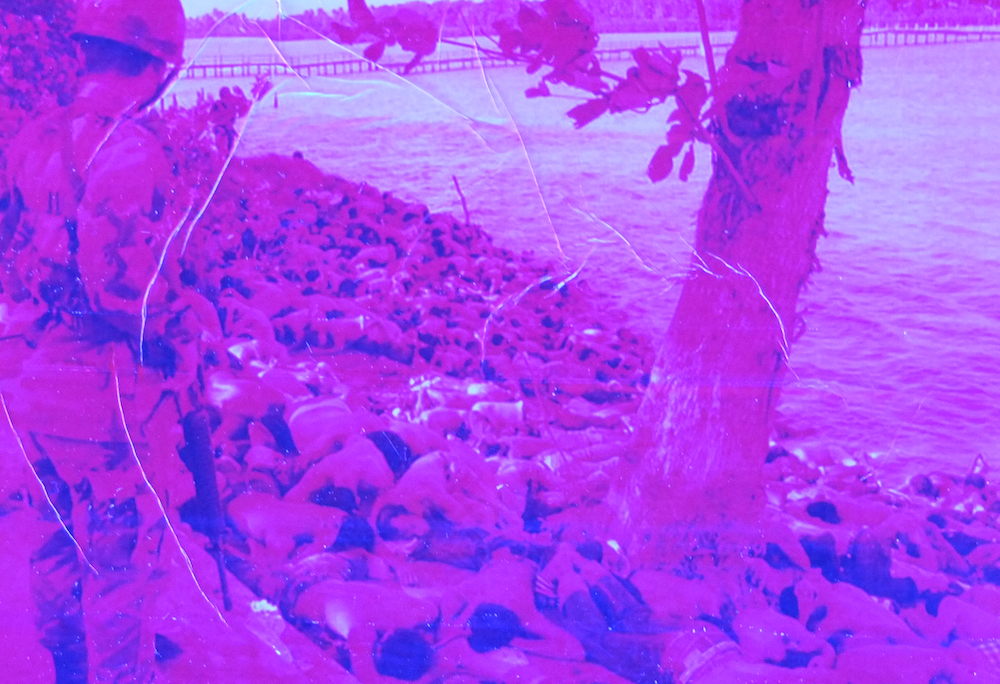