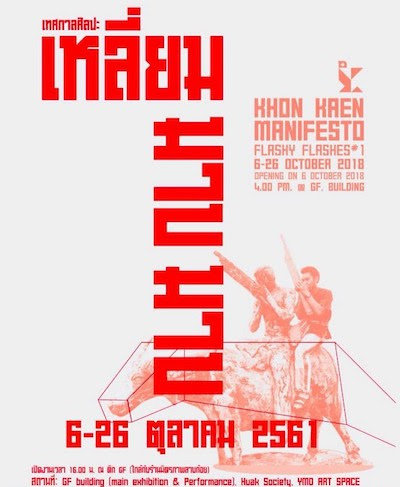 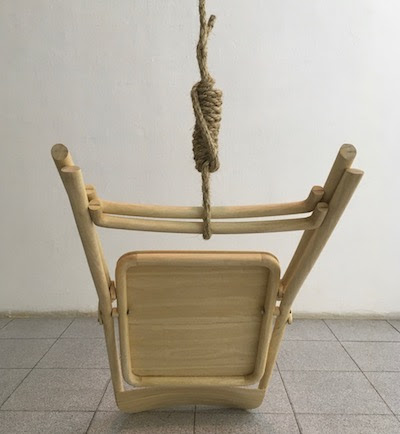 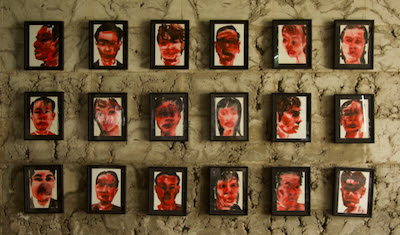 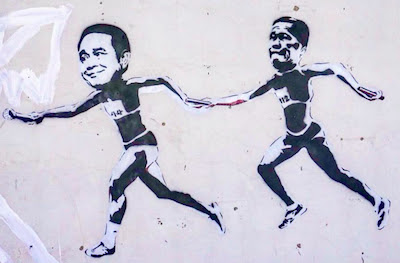 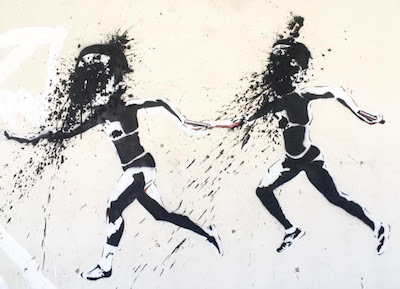 One of the installations in the exhibition, Nutdanai Jitbunjong's A Massacre, referred directly to that event: it consisted of a folding chair hanging from a noose, in reference to Neal Ulevich's photograph of a corpse being battered with a folding chair. Visitors to the exhibition were greeted by two Girl Scouts, an allusion to the Village Scouts militia group that took part in the massacre. (Ten Years Thailand also features children in Scout uniforms, another reference to the Village Scout vigilantes.)

Other works in the exhibition also made reference to instances of state violence. Zakariya Amataya's installation Report from a Partitioned Village (รายงานจากหมู่บ้านที่ถูกปิดล้อม) included a list of victims of the 2004 Tak Bai massacre. For his Red Faces series, Tawan Wattuya painted portraits of eighteen people killed on 10th April 2010, with red watercolour symbolising the blood of the victims.

Naturally, such politically sensitive subjects drew the attention of the military, and junta officials made regular visits to the exhibition in the days before and after it opened. As a result of this intimidation, a portrait of lèse-majesté convict Jatupat Boonpattararaksa was removed. (The painting, by Sermsilp Pairin, was part of a triptych, the others being portraits of politician Pridi Banomyong and writer Chit Phumisak.)

Some of the exhibition's remaining works were self-censored. For example, Junta Connection ('วิ่งผลัดเผด็จการ'), a mural by the Guerrilla Boys, originally depicted Sarit Thanarat passing his (literal) baton of dictatorship to Prayut Chan-o-cha, though the work was later modified to obscure their faces.

Khonkaen Manifesto ran from 6th to 26th October 2018 at the GF Building in Khon Kaen. Previous exhibitions in Thailand have also been censored for political reasons: photographs were removed from Rupture (หมายเหตุ ๕/๒๕๕๓) in 2010 and Whitewash (ไร้มลทิน) in 2017.
Categories: art, censorship, politics
continued...