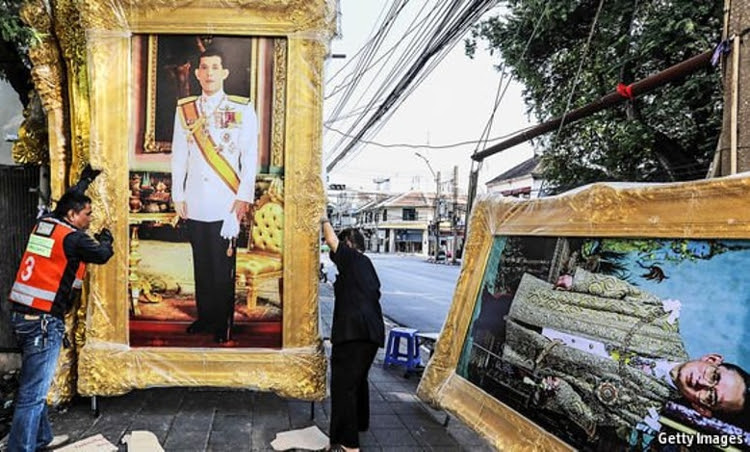 After “Good Coup” Gone Bad, Pavin Chachavalpongpun has turned his attention to the 2006 coup’s more repressive sequel: the 2014 coup (from Bad to worse, as it were). Coup, King, Crisis: A Critical Interregnum in Thailand, edited by Pavin, focuses on Thai politics under the junta and the succession from Rama IX to Rama X. (After the Coup is an earlier anthology of essays on the 2014 coup.)

Pavin’s introduction summarises the 2019 election anomalies and the “political earthquake” of Thai Raksa Chart and Princess Ubolratana, though these really require their own chapters. Sarah Bishop writes about the Thai Raksa Chart dissolution, refuting the notion of ‘judicial coups’, though her argument is unconvincing as she ignores the Constitutional Court’s disqualifications of Samak Sundaravej, Somchai Wongsawat, Yingluck Shinawatra, and Thanathorn Juangroongruangkit. (For a more persuasive analysis of the politicised judiciary, see Eugénie Mérieau’s chapter in Military, Monarchy and Repression.)

The most interesting contributions are Kevin Hewison’s chapter on the royal succession, Paul M. Handley’s updating of The King Never Smiles, Tyrell Haberkorn’s discussion of Mor Yong, a primer on military factions by Paul Chambers (co-editor of Khaki Capital), and an account of self-censorship by David Streckfuss (author of Truth on Trial in Thailand). Streckfuss discusses the use of metaphor by writers and artists as a strategy to evade censorship, noting the “tension between letting readers in on the joke and somehow concealing it from the authorities”, citing the short story Hakom and the film Cemetery of Splendour as examples.
Tags: books, politics
continued...