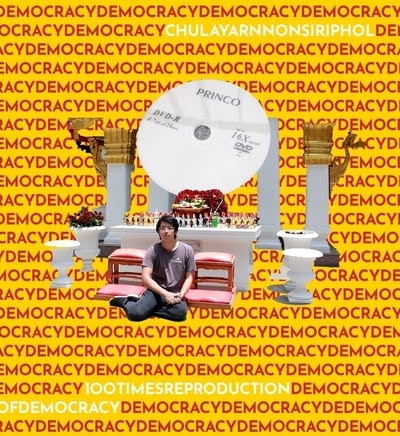 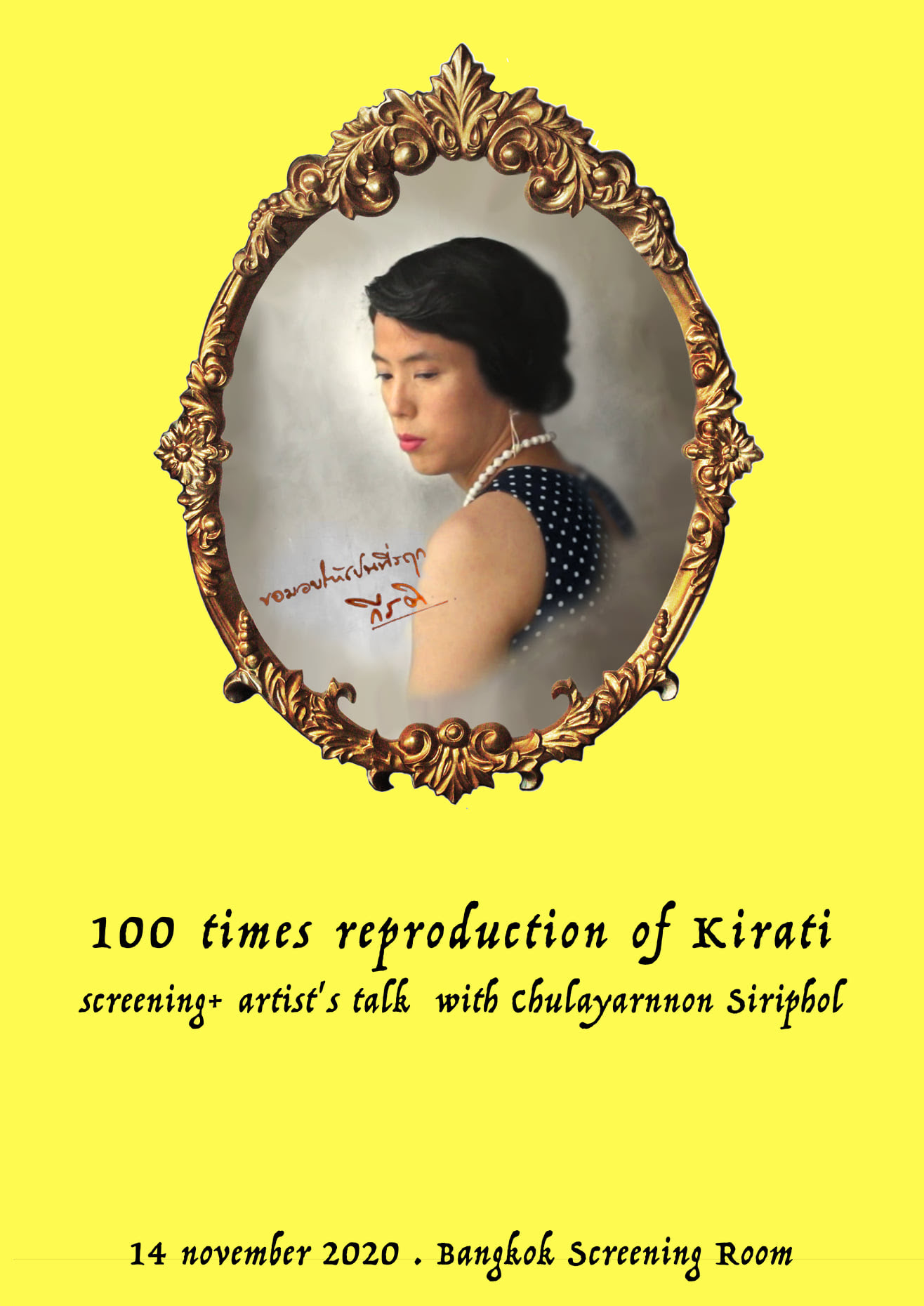 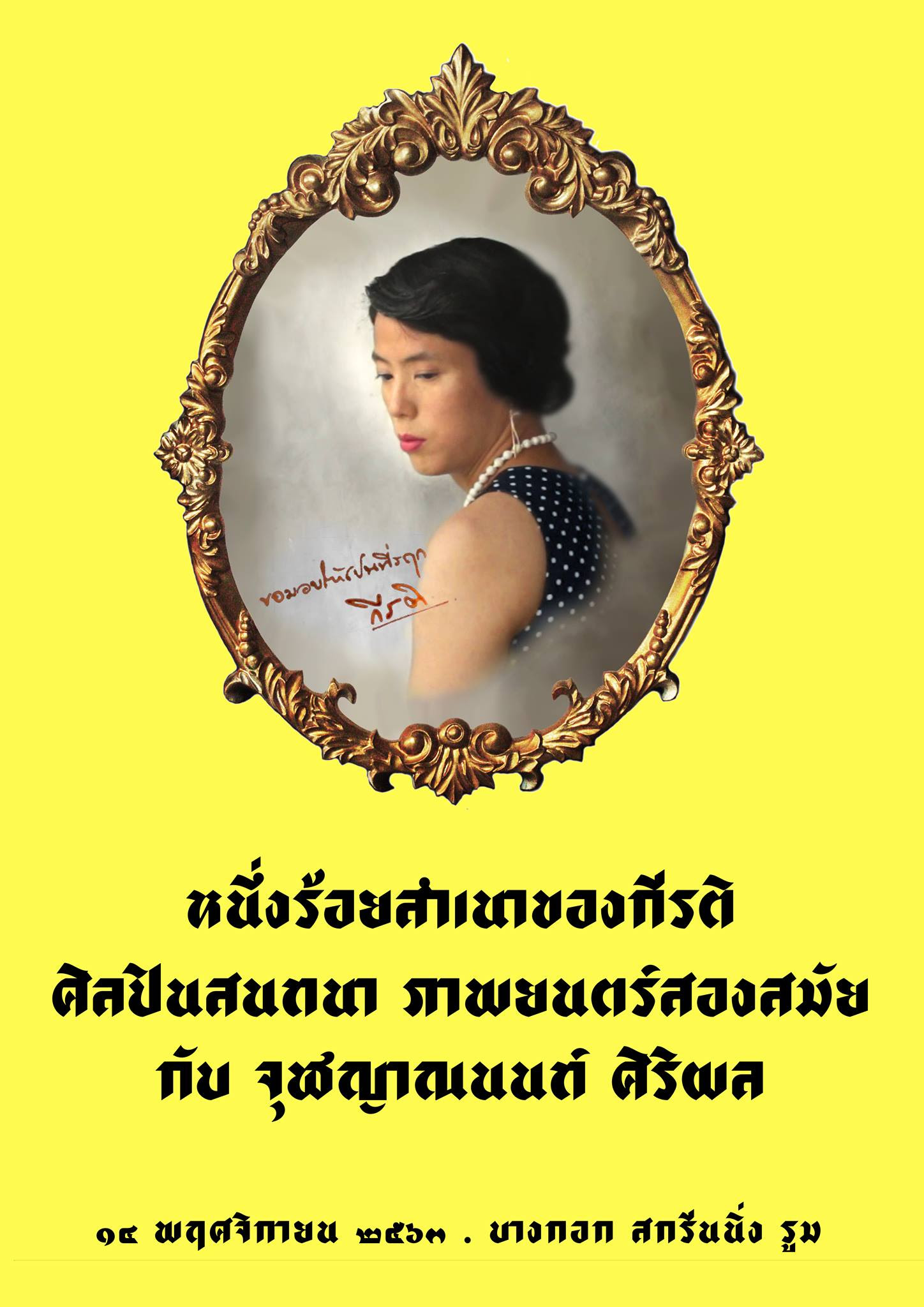 Chulayarnnon Siriphol’s documentary 100 Times Reproduction of Democracy (การผลิตซ้ำประชาธิปไตยให้กลายเป็นของแท้) will be shown next month at Bangkok Screening Room. It premiered at the Thai Film Archive last year, and it was screened at Chulayarnnon’s Give Us a Little More Time (ขอเวลาอีกไม่นาน) exhibition earlier this year. (Coincidentally, Give Us a Little More Time will be shown at the Archive on 10th November, as part of this year’s Short Film Marathon.)

100 Times Reproduction of Democracy examines the borderline between artistic authorship and ownership, and relates this to Thai political history. By distributing DVD copies of his short film A Cock Kills a Child by Pecking on the Mouth of an Earthen Jar (ไก่จิกเด็กตายบนปากโอ่ง), Chulayarnnon questions whether the film belongs to its director, the audience, or the organisation that funded it. Democracy in Thailand is similarly contested, with successive governments, the military, and Thai people all staking their claim. Chulayarnnon’s film discusses this in relation to the commemorative plaque that was removed from Bangkok’s Royal Plaza in 2017.

The film is particularly topical, as United Front of Thammasat and Demonstration protesters installed a replacement plaque at Sanam Luang on 20th September. The new plaque—which stated that Thailand belongs to its people and not to the King—was removed by the authorities almost immediately, though its design has since been reproduced on keyrings and other merchandise. (A reproduction of the new plaque is also part of the current 841.594 exhibition at Cartel Artspace.)

Anti-government protests are continuing, with thousands gathering at Ratchaprasong intersection yesterday and a march to the German embassy in Bangkok planned for today. In a televised speech on 21st October, Prayut Chan-o-cha announced that he was lifting the state of emergency that had been imposed six days earlier. 100 Times Reproduction of Democracy will be shown at Bangkok Screening Room on 6th, 13th, 14th, 20th, and 27th November; and 30th December. The 14th November screening includes 100 Times Reproduction of Kirati (หนึ่งร้อยสำเนาของกีรติ), a talk by Chulayarnnon.
Categories: films, politics
continued...