Give Us a Little More Time 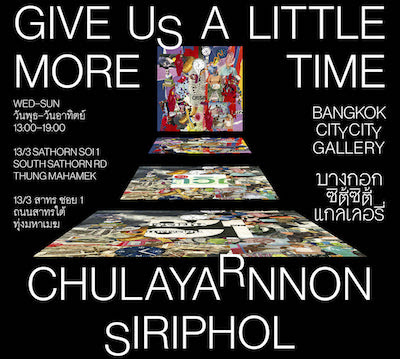 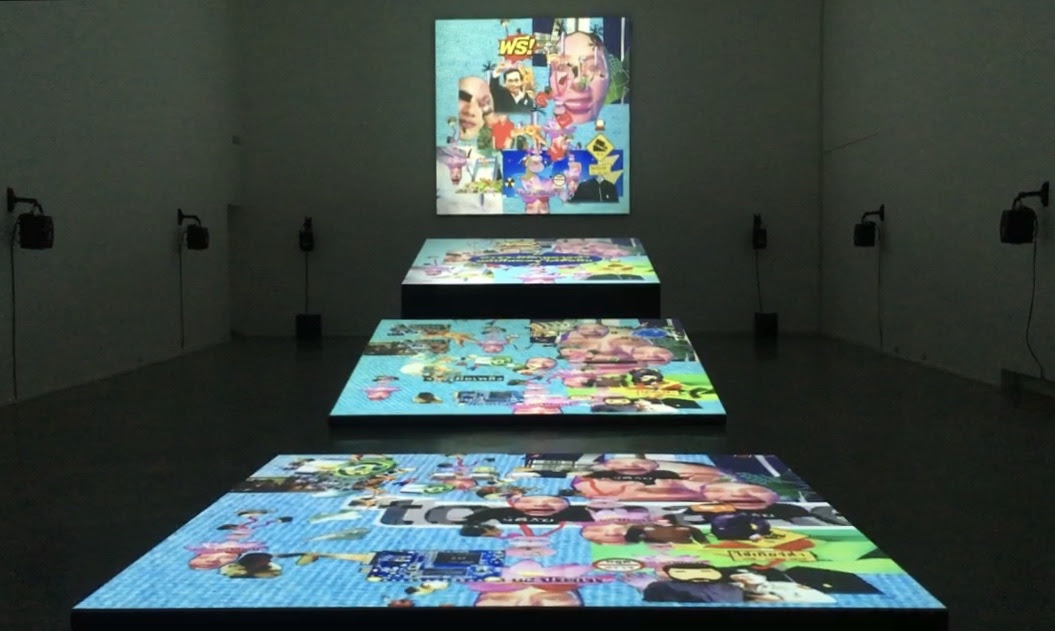 Chulayarnnon Siriphol’s exhibition Give Us a Little More Time (ขอเวลาอีกไม่นาน) opened today at Bangkok CityCity Gallery. Every day from the 2014 coup until the 2019 election, Chulayarnnon created a different A4 collage from Thai newspaper clippings. There are more than 1,000 of these satirical collages, collected in a six-volume catalogue, and ten of them are on show at the exhibition as enlarged reproductions.

The main gallery space is occupied by a four-screen video installation, showing a twelve-minute montage of overlapping newspaper headlines and photos. This rapid-fire video collage remixes and distills six years of mainstream press coverage of the military government.

The exhibition’s ironic title is a line from a propaganda song released by the junta, Returning Happiness to the Thai Kingdom (คืนความสุขให้ประเทศไทย), part of which is sampled on the video soundtrack. Arnont Nongyao’s video Ghost Rabbit and the Casket Sales (กระต่ายผี กับ คนขายโลง) also samples the song, as does Thunska Pansittivorakul’s documentary Homogeneous, Empty Time (สุญกาล).

Chulayarnnon’s recent film 100 Times Reproduction of Democracy (การผลิตซ้ำประชาธิปไตยให้กลายเป็นของแท้) is another post-coup political critique, and will be shown at CityCity on 9th August, when the exhibition closes. (Give Us a Little More Time was originally scheduled for 25th April to 21st June, though the opening was delayed due to the coronavirus pandemic.)
Categories: art, politics
continued...