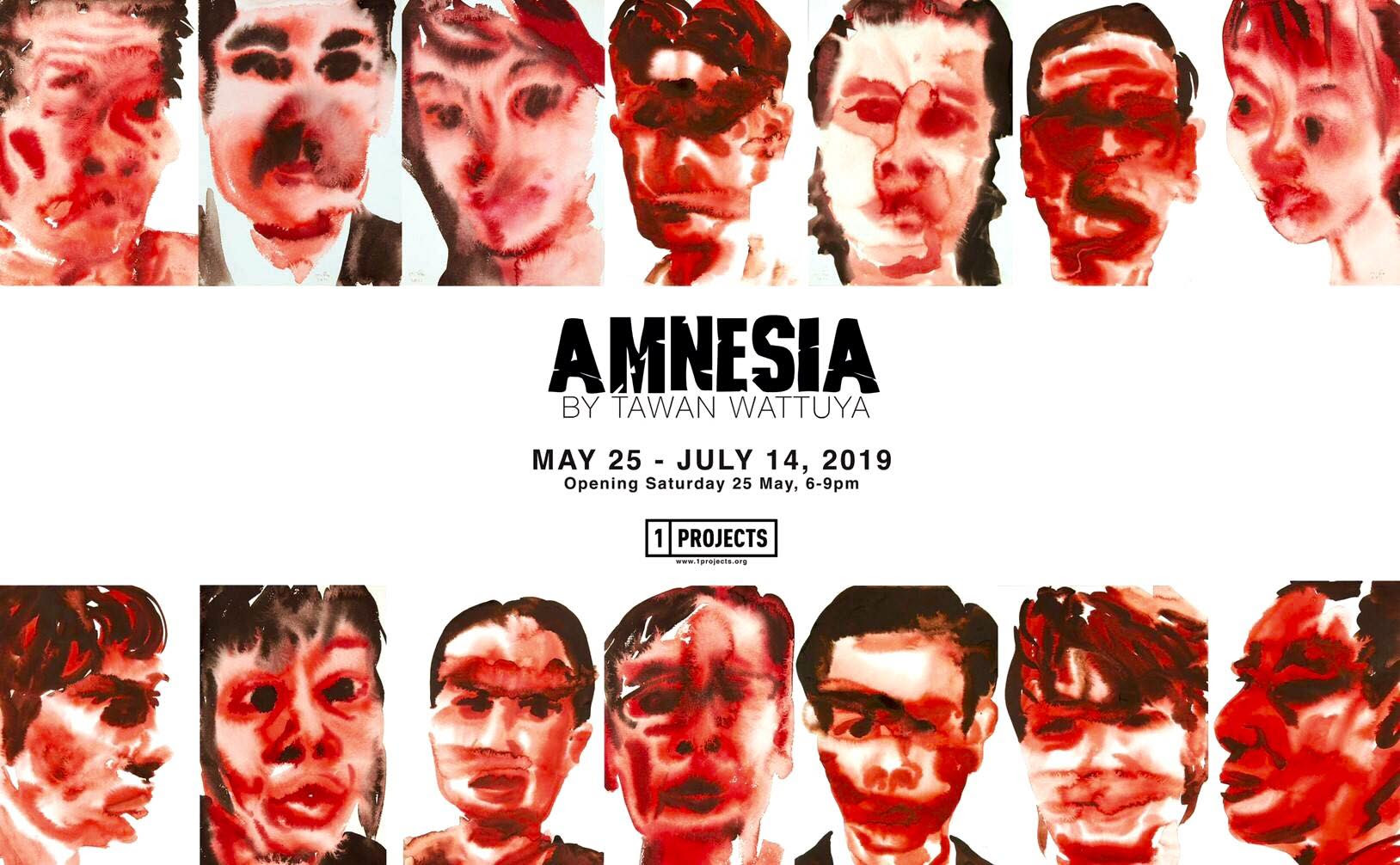 The series of eighteen portraits depicts red-shirt protesters who were shot dead by the military on 10th April 2010. A book commemorating the victims, วีรชน 10 เมษา คนที่ตายมีใบหน้าคนที่ถูกฆ่ามีชีวิต (‘heroes of 10th April: the faces of the dead live on’), was published in 2011.

The exhibition title, Amnesia, reflects the absence of the massacre from the collective memory. Like previous acts of Thai military violence against civilians - in 1973, 1976, and 1992 - the crackdowns of April and May 2010 have been whitewashed from history, with no prosecutions of soldiers or army officers. The exhibition runs until 14th July.