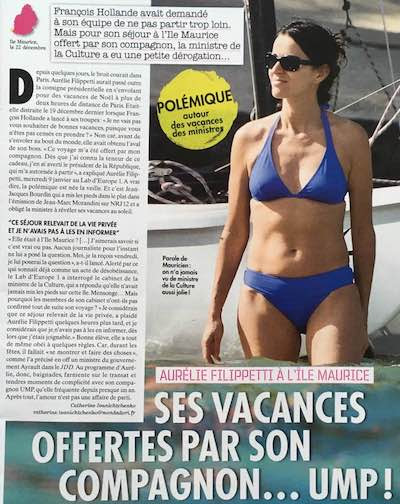 Closer has been ordered to pay 2,500 euros in damages to French Culture Minister Aurelie Filippetti, who sued the magazine for invasion of privacy after it published a paparazzi photograph of her on holiday in Mauritius. The photo appeared last year, in the magazine's 12th January 2013 issue.

Earlier this month, the magazine was sued by Julie Gayet, the mistress of French President Francois Hollande. It was sued by Hollande's partner, Valerie Trierweiler, in 2012. In that same year, it published topless photographs of Kate Middleton.
Categories: censorship, media, politics
continued...