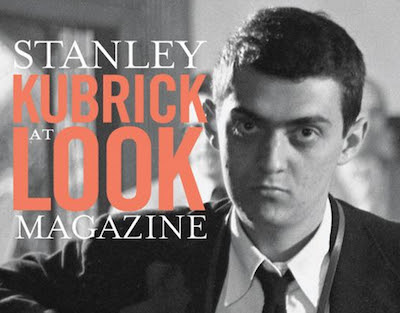 Stanley Kubrick At Look Magazine: Authorship & Genre In Photojournalism & Film, by Philippe Mather, is the first full-length analysis of Kubrick's photojournalistic work. Mather provides valuable background on the practices and conventions of Look and other post-war magazines, contextualising Kubrick's photo-stories before analysing them aesthetically.

Kubrick worked for Look after he finished high school, from 1945 to 1950, and hundreds of his photographs were published. (I have compiled a comprehensive list.) Some of his photo-stories have been reprinted in Ladro Di Sguardi, Art By Film Directors, Only In New York, and Stanley Kubrick: Fotografo.

Few writers have studied Kubrick's photojournalism in depth. Rainer Crone has published four books on the subject: Still Moving Pictures, Drama & Shadows, Fotografie 1945-1950, and Visioni & Finzioni 1945-1950. However, Crone focuses exclusively on the artistic qualities of the photographs, rather than on their actual production. Also, Crone recycles the same selection of images in each of his books, and (as noted by Mather) he misidentifies several photos.

Mather has examined back-issues of Look and other contemporaneous books and magazines by Look's writers, and this research allows him to make detailed studies of Kubrick's photographs in their original contexts. He has also included a useful appendix cataloguing the prints archived by the Library of Congress and the Museum of the City of New York.
Tags: books, media
continued...