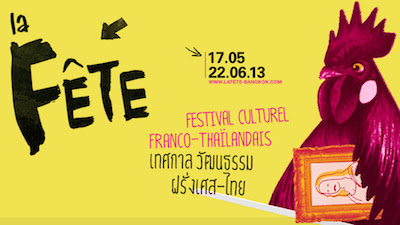 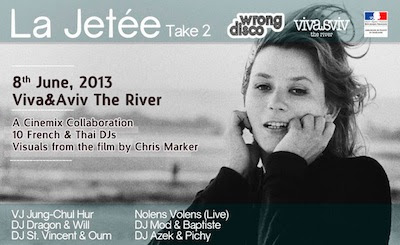 This year's La Fete arts festival opens at various venues around Bangkok tomorrow, and runs until 22nd June. It follows the Clap! French Film Festival, held earlier this year. (Cinema has always been one of the strongest elements of La Fete: open-air film screenings were also held in 2012 and 2011.)

Chris Marker's short film La Jetee will be screened at Viva & Aviv, a cafe at the River City mall, on 8th June, with a new soundtrack performed live by Bangkok DJs Wrong Disco. La Jetee, comprised almost entirely of still images, was described by its director as a "photo-roman". It remains one of the most original works of avant-garde cinema, and was the inspiration for Terry Gilliam's film Twelve Monkeys.
Categories: films
continued...