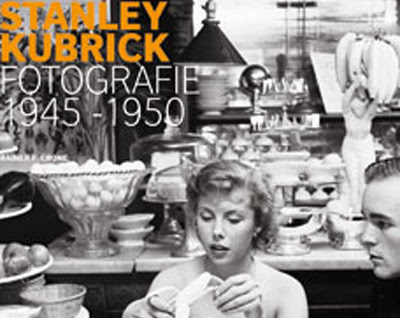 Crone previously curated the exhibition and catalogue Still Moving Pictures, and edited the monograph Drama & Shadows, which also document Kubrick's Look photography. Crone's essay from Still Moving Pictures is reprinted in the new catalogue, though the catalogue's full-page reproductions are similar in presentation to Drama & Shadows. Many photo-stories and individual photographs are duplicated in all three books. A useful appendix reprints the covers and layouts of sixteen vintage issues of Look magazine.

Ladro Di Sguardi was the first book to reproduce Kubrick's photographs, and a brief selection was also included in the exhibition and catalogue Only In New York. Kubrick's contact sheets can be found at the Stanley Kubrick Archive, the Museum of the City of New York, and the Library of Congress.

I have researched and compiled a comprehensive list of Kubrick's Look photographs, and this is reprinted as a chapter in Crone's new book (pp. 306-309) without permission or acknowledgement. I have been assured that, in any subsequent editions, this chapter will either be credited to me or removed from the book.