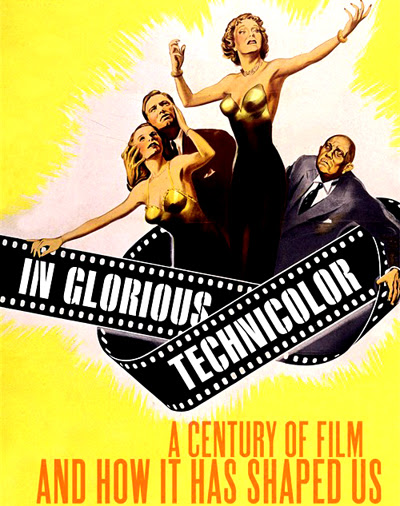 Francine Stock and Stephen Hughes (credited as co-author on the title page but not on the jacket) have selected three films from each decade of cinema's history for their book In Glorious Technicolor: A Century Of Film & How It Has Shaped Us. Their title comes from Cole Porter's song Stereophonic Sound, from the musical Silk Stockings:

"Today to get the public to attend a picture show,
It's not enough to advertise a famous star they know.
If you want to get the crowds to come around
You've gotta have glorious Technicolor,
Breathtaking CinemaScope,
And Stereophonic sound".

The list includes a handful of essential classics: The Cabinet Of Dr Caligari, Nanook Of The North, The Searchers, 2001, and Annie Hall. Some titles - for example, Top Gun and Basic Instinct - were seemingly chosen because they are representative of cinematic trends, rather than for their artistic merit.

The obscure Afgrunden is a surprising first entry, though it's good to see semi-neglected films such as Flesh & The Devil and Gold-Diggers Of 1933 on the list. It's odd that Hitchcock is represented by Spellbound when he directed so many superior films, and I can't fathom why Carrie, by Hitchcock-obsessed Brian de Palma, is included.

The triumvirate from the last decade is arguably the most appropriate. Eternal Sunshine Of The Spotless Mind, Avatar, and Uncle Boonmee are all excellent films reflecting different trajectories of contemporary cinema.

Despite the book's title, almost half of the films are black-and-white, and the landmark Technicolor films (The Adventures Of Robin Hood, Gone With The Wind, The Wizard Of Oz) are not included. Also, the list of thirty films actually features thirty-two, because the Three Colours trilogy is counted as a single entry.

This is the In Glorious Technicolor list, in chronological order:
Tags: books, films
continued...