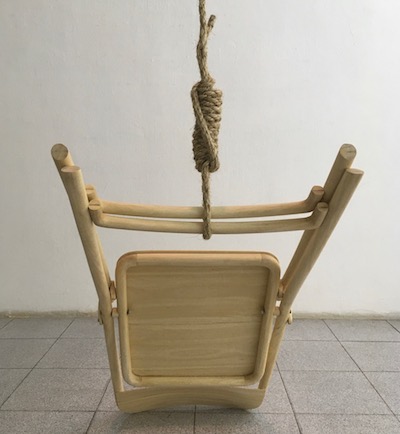 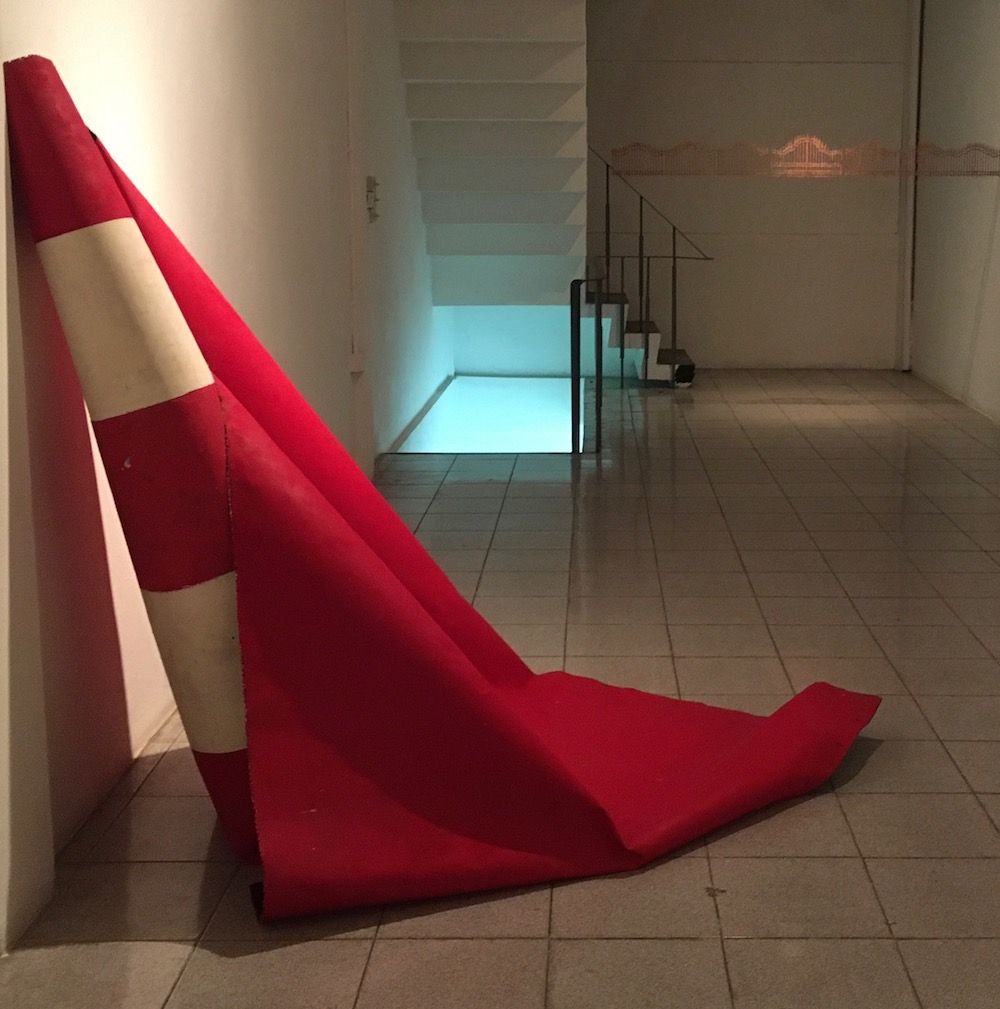 The group exhibition Status in Statu opened at Bangkok’s WTF Gallery on 6th October, on the anniversary of the 6th October 1976 massacre. The timing was intentional, and the exhibition includes an installation that refers directly to the violence of that event.

For A Massacre, Nutdanai Jitbunjong has hung a wooden folding chair from the ceiling; the chair is an iconic signifier of the massacre, thanks to Neal Ulevich’s photograph of a vigilante preparing to hit a corpse with a folding chair. Nutdanai’s chair is made from tamarind wood, as the dead man in Ulevich’s photo was hanged from a tamarind tree.

Status in Statu was organised by a progressive art collective from Khon Kaen, and Nutdanai’s installation was previously shown at the Khonkaen Manifesto (ขอนแก่น แมนิเฟสโต้) exhibition in 2018. (Tawan Wattuya’s Red Faces portraits from that exhibition were also subsequently shown in Bangkok.)

Status in Statu runs at WTF until 30th October. It’s one of several recent exhibitions (the others being Act สสิ Art, Unmuted Project, and Do or Die) to feature previously-taboo references to the monarchy: Mit Jai Inn’s installation is a large roll of fabric with a pattern of red and white stripes. The hidden meaning of the piece comes from its title, Republic of Siam: it could be interpreted as an alternative Thai flag, with one colour missing (blue).
Categories: 6th October, art exhibitions, politics, Thailand
continued...