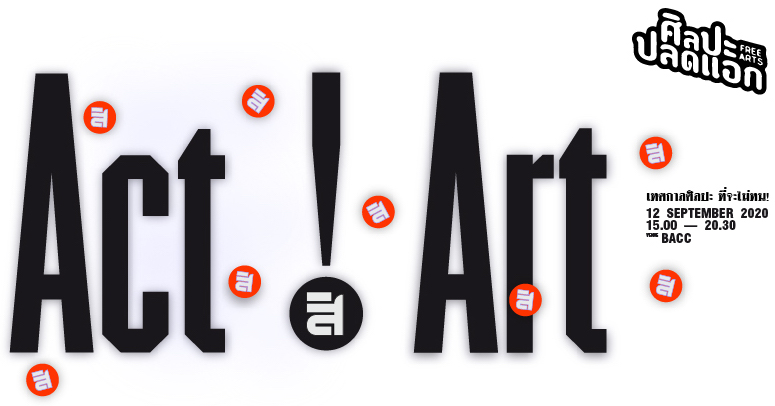 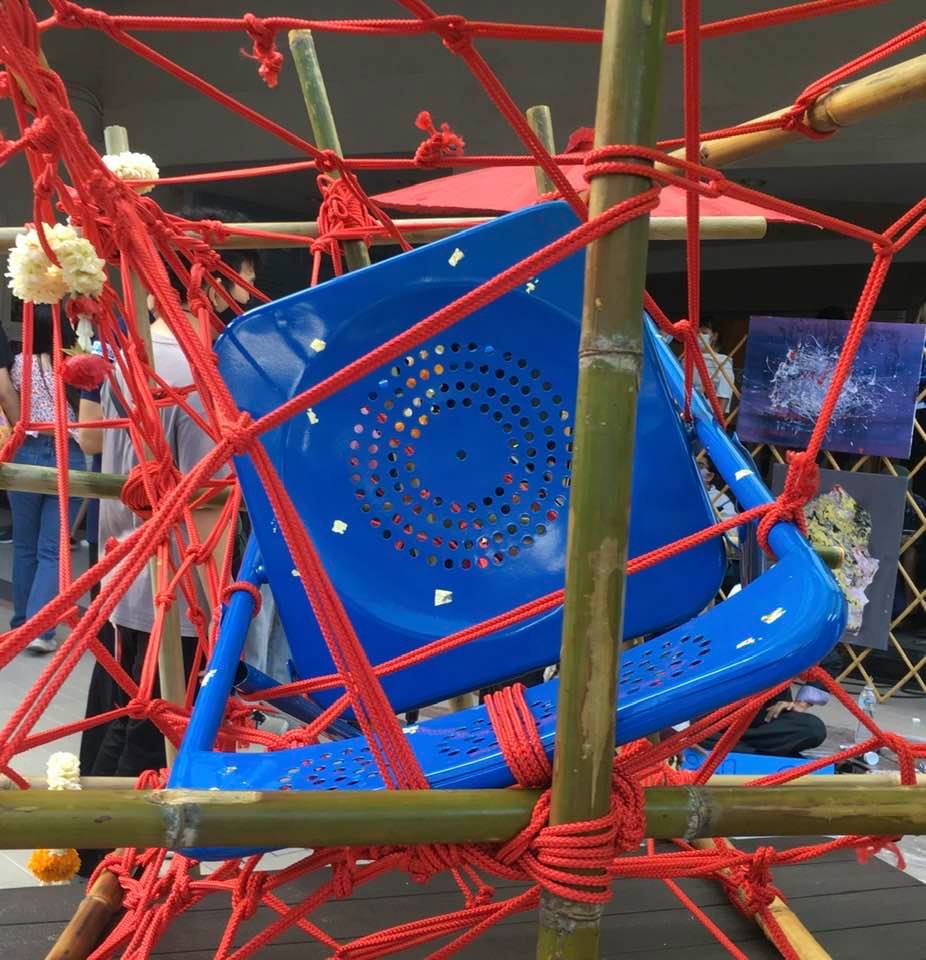 In recent years, the space in front of Bangkok’s BACC has served as an ideal stage for anti-government performances by students and other progressive groups. The Free Arts collective continued that tradition with Act สิ Art, an art fair and concert held there yesterday afternoon.

The event was a collaboration between artists (such as Pisitakun Kuntalaeng) and musicians (Rap Against Dictatorship, amongst others). It included art from Speedy Grandma (sketches mocking the military, with coded references to the monarchy) and Unmuted Project.

A shrine-like installation by Yada Kinbaku featured a blue folding chair tied up with red rope. The chair is a reference to Neal Ulevich’s photograph of the 6th October 1976 massacre, though the piece also refers to the colours of the Thai flag and their symbolic meanings.
Categories: 6th October, art exhibitions, lese-majeste, politics, Thailand
continued...