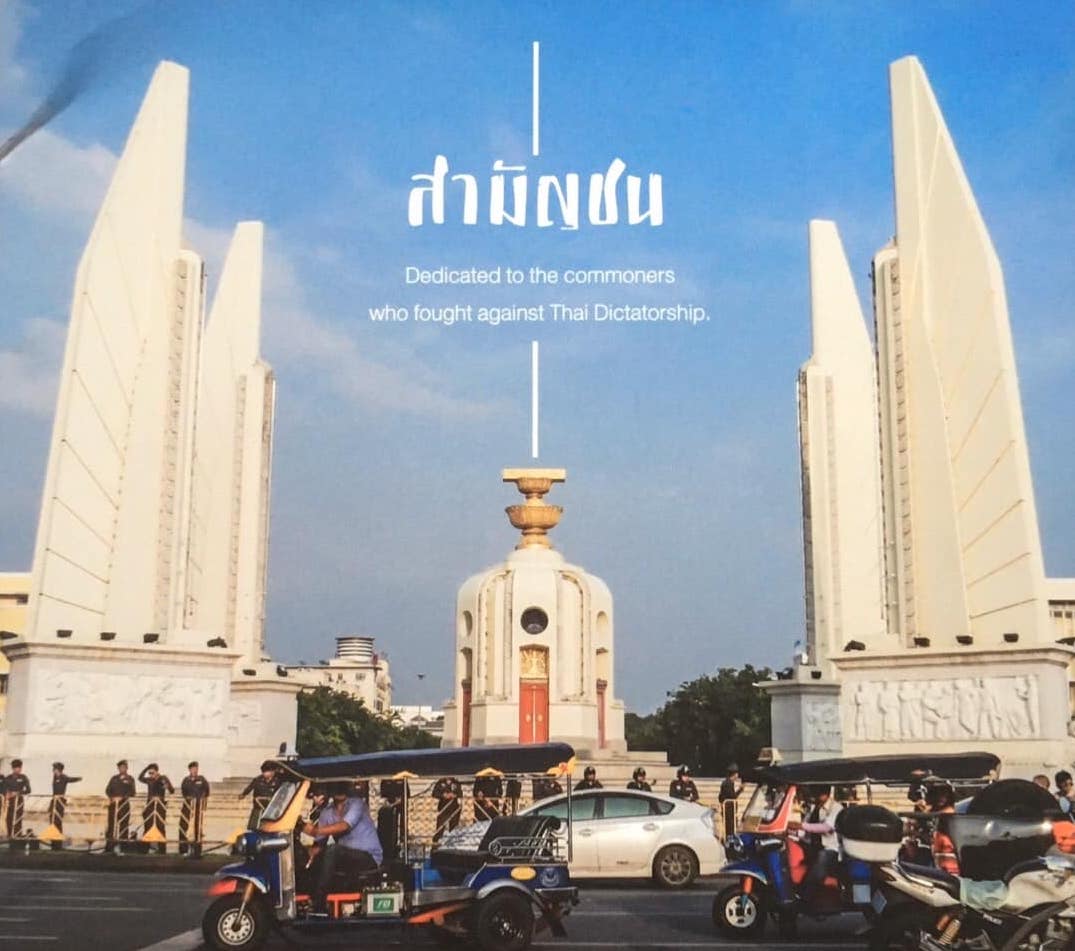 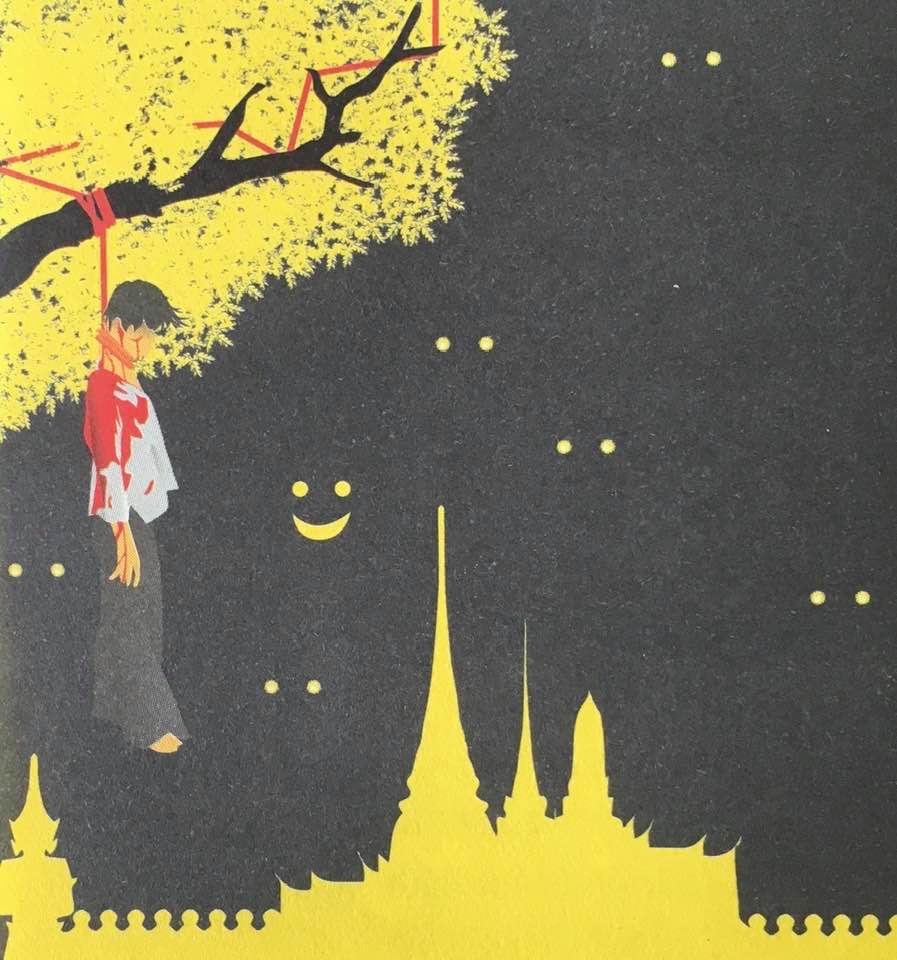 สามัญชน (‘commoner’), a new EP from the Thai band The Commoner, was released on CD this month. The EP includes a booklet with a drawing inspired by Neal Ulevich’s iconic photograph of the 6th October 1976 massacre. (A previous album, Gigantrix Extinction, also featured artwork inspired by the image, and the photograph itself appeared on the cover of the Dead Kennedys single Holiday in Cambodia.)

The five tracks on the EP all comment on Thai political issues, and the EP is dedicated to “the commoners who fought against Thai Dictatorship.” The EP is part of a long tradition of Thai protest songs, known as เพลงเพื่อชีวิต (‘songs for life’). The genre was developed by the band Caravan, in response to the 14th October 1973 massacre, and was popularised by the band Carabao.

Commoner’s Anthem (บทเพลงของสามัญชน) is a tribute to those detained in ‘attitude adjustment’ sessions after the 2014 coup. We Are Friends (เราคือเพื่อนกัน) was written for those campaigning against military graft, particularly a group arrested in 2016 while travelling to Rajabhakti Park in Hua Hin. Apology Flowers (ดอก) is about the arrests of activists campaigning for a ‘no’ vote in the 2016 referendum. The Loop (วังวน) refers to two long-standing injustices: the unsolved murder of Somchai Neelapaijit (who was abducted in 2004 after he accused the police of torturing Muslim detainees) and the 6th October massacre. Imprisoned Butterfly (ฝากรักถึงเจ้าผีเสื้อ) is dedicated to Jatupat Boonpattararaksa, who was jailed for more than two years after sharing a BBC article about King Rama X on Facebook in 2016.
Categories: 6th October, censorship, politics, Thailand
continued...