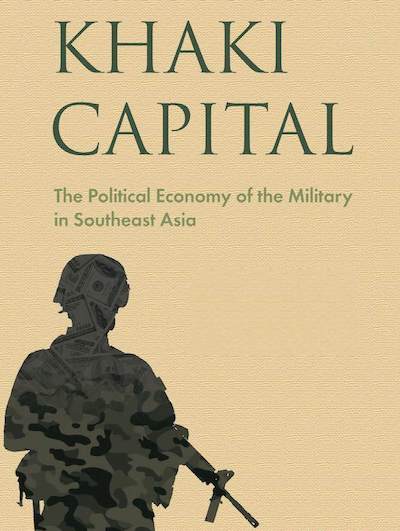 Khaki Capital: The Political Economy of the Military in Southeast Asia, published last year, examines the military's tendency to exert its influence beyond the barracks, into national economics and politics. The book includes chapters on Thailand, Myanmar, Vietnam, Cambodia, Laos, Indonesia, and the Philippines.

Editors Paul Chambers and Napisa Waitoolkiat chart the history of the Thai military's state interventions, and the reasons behind its impunity: "The symbiosis of monarchy and military has created a sense of entitlement among the armed forces, especially to its right to influence decision-making regarding national security and national development." They also provide a detailed analysis of the 2014 coup.

Although the book is available in Thailand, some of its contents (such as its assessment of "the most remarkable instance of military corruption under the NCPO junta") cannot be cited online. Its editors also contributed to Military, Monarchy and Repression, an anthology of essays on Thailand's judicial, military, and political tensions.
Categories: book reviews, censorship, politics, Thailand
continued...