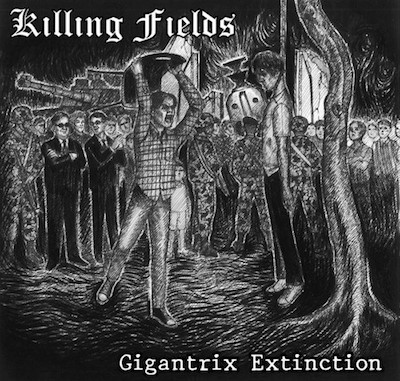 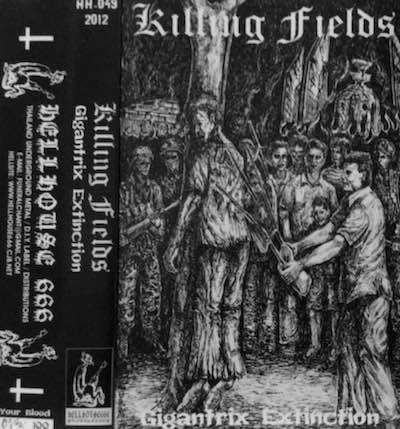 Gigantrix Extinction, an album by Thai thrash metal band Killing Fields, was released in 2012 on CD and cassette. The cassette version is limited to 100 numbered copies (mine being number 18). The two formats have different album covers, both of which are drawings by Dissolute inspired by Neal Ulevich's photograph of the 6th October 1976 massacre. (The US punk band Dead Kennedys used the photo as the cover for their single Holiday in Cambodia.)

Gigantrix Extinction includes the song 6th October, which is about the state-orchestrated killing of students during the 1976 massacre. Earlier this year, Killing Fields performed at จะ4ปีแล้วนะ, a concert marking the four-year anniversary of the 2014 coup.
Categories: 6th October, politics, Thailand
continued...