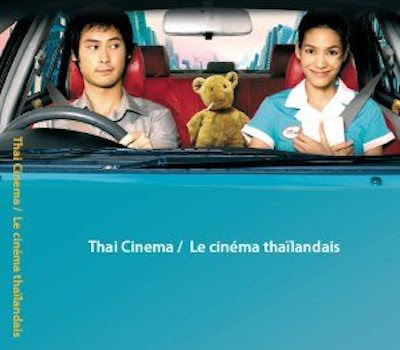 Thai Cinema, or Le Cinema Thailandais, published in 2006 in both English and French, was the first book to examine the history of the Thai film industry. The anthology, edited by Bastian Meirsonne, includes essays by Thai and Western writers, and is accompanied by a DVD of interviews.

There is some overlap between the first two chapters, as they both summarise Thai cinema history, presenting essentially the same chronology. There are also essays on various aspects of distribution: cinemas, posters, piracy, and censorship; and profiles of actors such as Mitr Chaibancha (the original Red Eagle).

The Thai New Wave is covered in several chapters, including profiles of directors Pen-ek Ratanaruang (Paradoxocracy, Headshot, Nymph, Ploy) and Apichatpong Weerasethakul (Uncle Boonmee, Syndromes & A Century). There are also essays on contemporary short films and indie cinema, and a useful overview of the themes explored in recent Thai films.