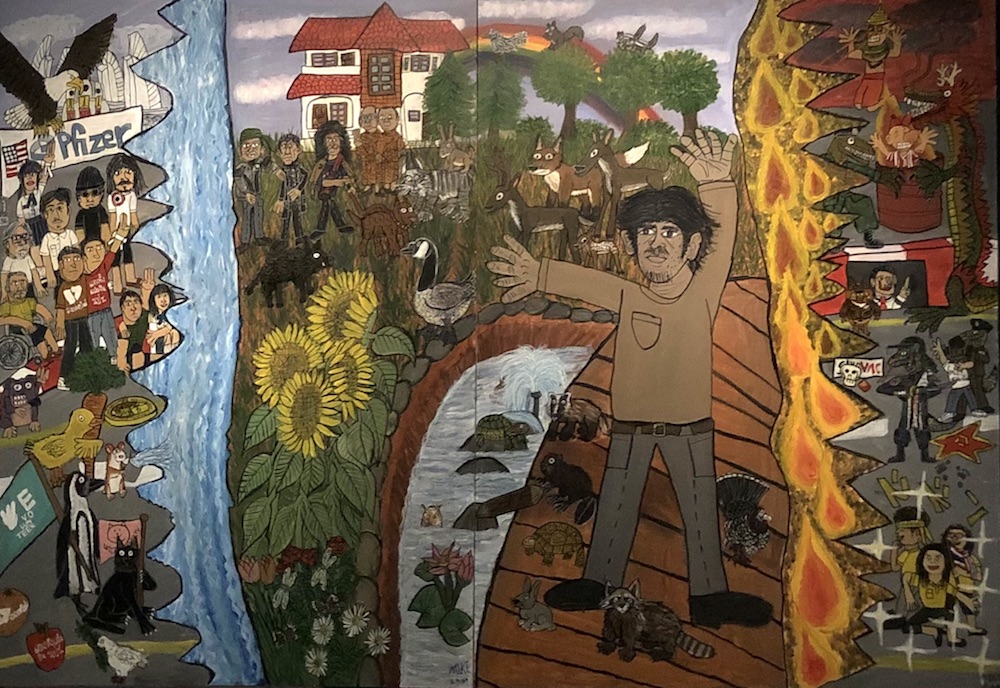 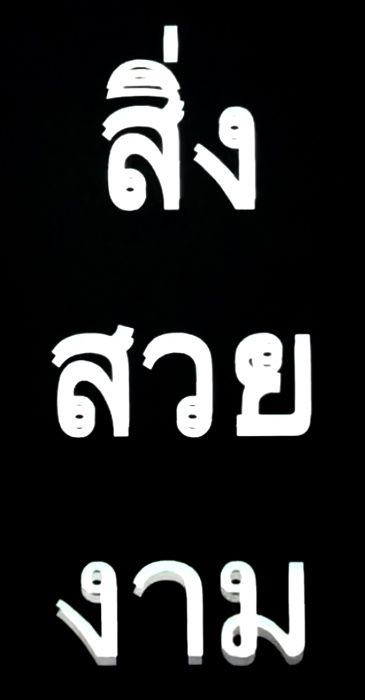 Phase two of Apichatpong Weerasethakul’s A Minor History (ประวัติศาสตร์กระจ้อยร่อย ภาคสอง) exhibition opened on 18th February at 100 Tonson Foundation in Bangkok, and runs until 10th April. The second phase was originally due to begin on 25th November last year, though part one was extended until Boxing Day due to coronavirus restrictions. Like the first phase, part two—subtitled Beautiful Things (สิ่งสวยงาม)— features a vertical video installation with scrolling text documenting fragments of Apichatpong’s interior monologue.

Alongside the video and photographs by Apichatpong are two works by other artists, Methagod and Natanon Senjit. Methagod’s small sculpture Thep Nelumbo Nucifera is decorated with images of lotus flowers, whose seeds remain dormant for extended periods before sprouting. As curator Manuporn Luengaram writes in the exhibition press release, the sculpture therefore “reminds us of the perpetual resurrection of Thailand’s youth movements despite being time and again suppressed.”

Natanon’s Break Out of the Loop of National Conflict into Peaceful Nature, painted on two large boards, depicts the Mekong riverbank crowded with anti-government protesters, royalists, and military officers. One corner shows the murder of Porlajee Rakchongcharoen, who was also the subject of Pin Sasao’s installation ถังแดง​: ความตายของบิลลี่ (‘red barrel: the death of Billy’). This echoes the underlying theme of A Minor History: the Mekong as a site for the disposal of the bodies of murdered political dissidents.