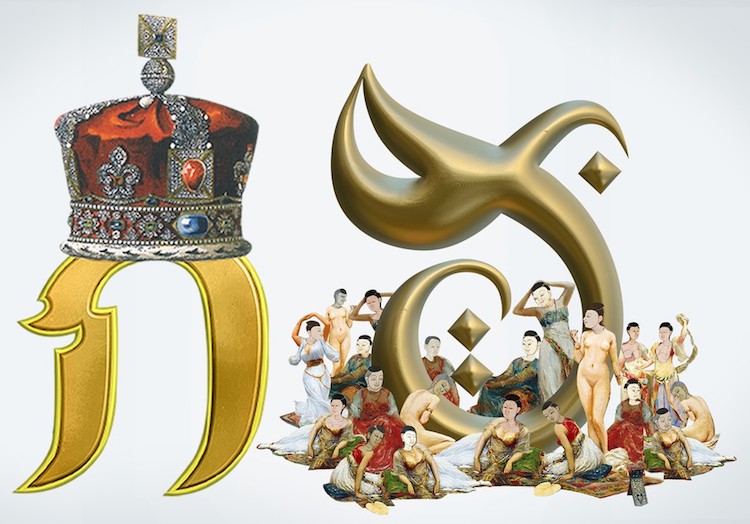 แบบเรียนพยัญชนะไทย ฉบับการเมืองไทยร่วมสมัย (‘Thai consonant textbook: contemporary politics edition’), PrachathipaType’s parody of an alphabet picture book, was launched at the Bangkok Art Book Fair last month. (In an installation at CityCity Gallery, people sat at wooden desks and posed as students reading copies of the book.) The project is a collaboration with Rap Against Dictatorship, who released a song—กอ เอ๋ย กอ กราบ (‘k is for krap [prostration]’)—and animated video based on PrachathipaType’s illustrations. (The song’s lyrics are printed at the back of the book.)

Each of the forty-four Thai consonants is represented by images satirising the government, the monarchy, and the justice system. Specific themes include mismanagement of the coronavirus pandemic, state budget allocations, and the Constitutional Court’s dissolution of popular political parties. Thammanat Prompao, surely the most disreputable Thai politician in recent memory, is namechecked for his insistence that the 3kg of heroin he was convicted of smuggling into Australia was actually flour. (Incredibly, the Constitutional Court ruled that he could still serve as a cabinet minister, as his crime was committed outside Thailand.)
Categories: art, books, music, politics
continued...