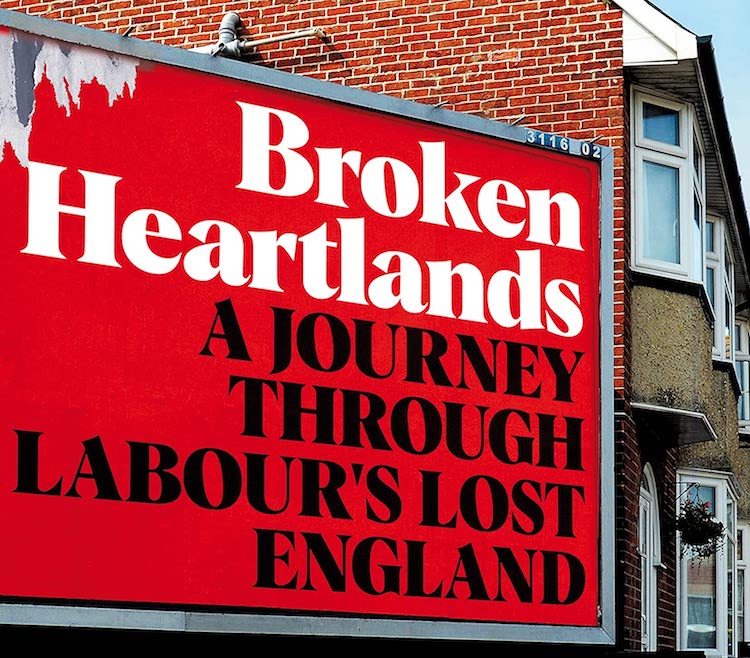 For his new book Broken Heartlands: A Journey Through Labour’s Lost England, journalist Sebastian Payne travelled throughout the ‘red wall’, the traditional Labour heartland constituencies won by the Conservatives in the 2019 election. Payne is a political correspondent for the Financial Times, and presenter of the excellent Payne’s Politics podcast.

In an interview with Payne, Prime Minister Boris Johnson emphasised his (somewhat vague) ‘levelling up’ agenda, and he also seemed to reject the Thatcherite centralisation of economic power: “The Treasury has made a catastrophic mistake in the last forty years in thinking that you can just hope that the whole of the UK is somehow going to benefit from London and the south-east.” Asked about ‘culture war’ debates around statues being removed, he dismissed the issue as “fundamentally bollocks.”

Payne analyses the reasons for the collapse of the ‘red wall’, concluding that Brexit was a major factor: “In every place, in almost every single conversation, Labour’s stance on Brexit and the unpopularity of Jeremy Corbyn were top of the list of why the party lost its fourth election in a row.” Labour’s support for a second Brexit referendum and “Corbyn’s equivocation on the EU question” contrasted with Johnson’s deceptive yet effective rhetoric (“Get Brexit done”), giving the Conservatives a landslide.

Assessing the challenge for Labour in rebuilding the ‘red wall’, Payne argues that—as Bill Clinton put it—it’s the economy, stupid: “there is a clear consesus about what needs to be done for the people of the red wall. The majority of interviewees have highlighted that the issues are primarily economic, not cultural.” He proposes a reversal of “decades of underinvestment on infrastructure”, and the decentralisation of power: “The House of Lords needs to be scrapped... devolution is going to be critical to rebuilding England after the pandemic into a better society.”
Categories: books, politics
Dateline Bangkok