A Blue Man in the Land of Compromise 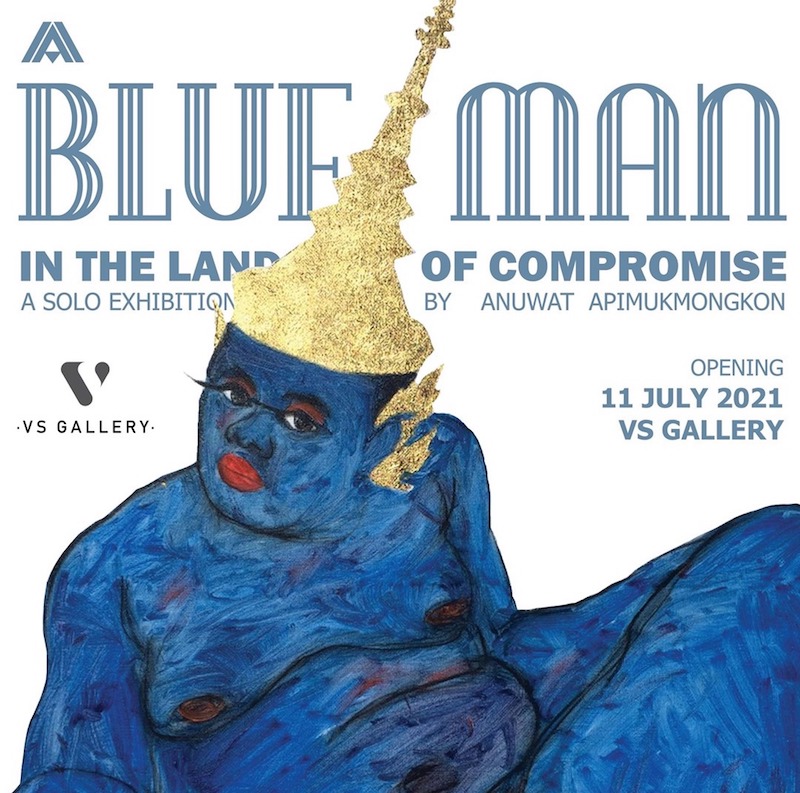 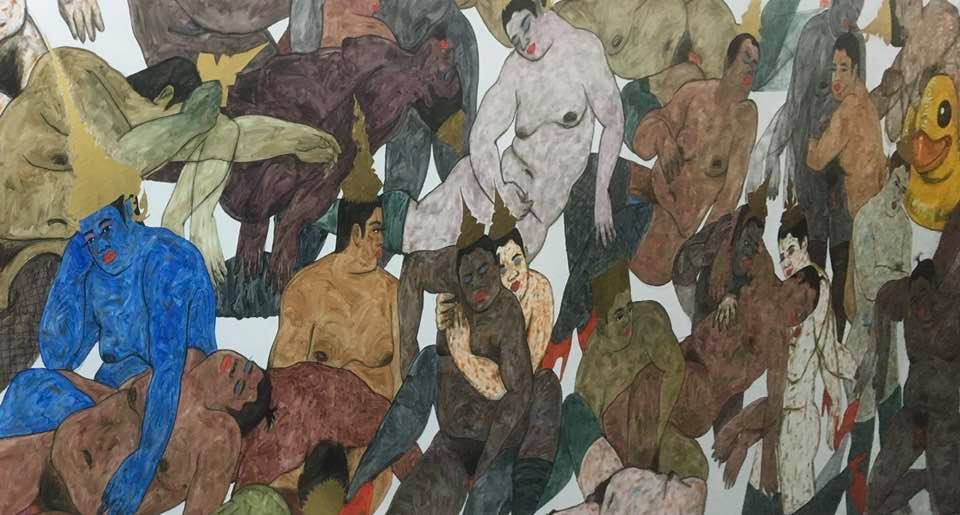 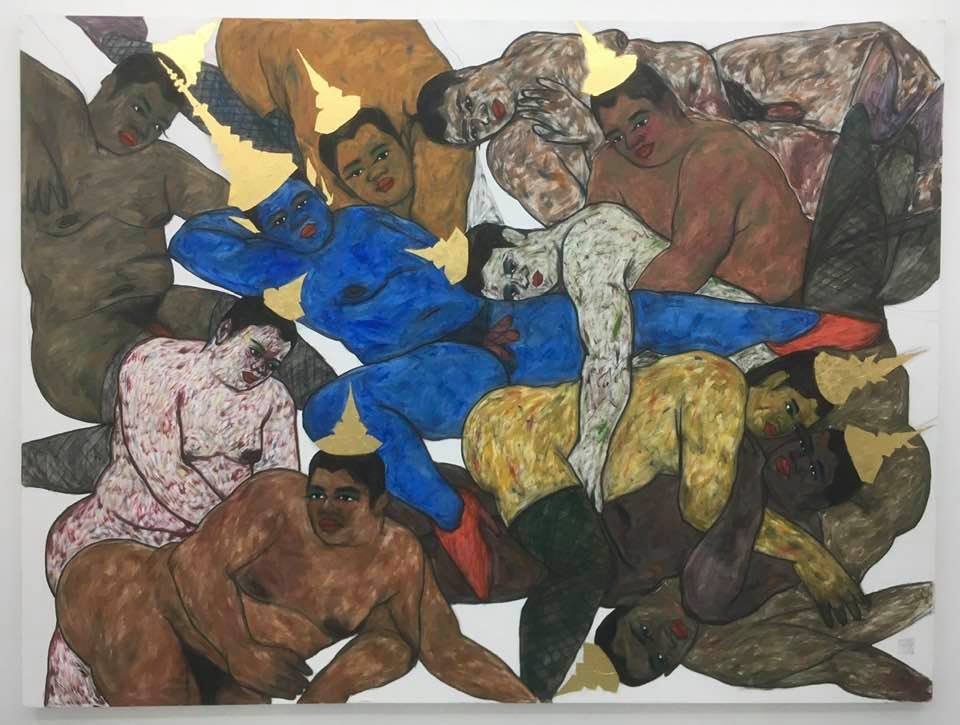 Anuwat Apimukmongkon’s exhibition A Blue Man in the Land of Compromise opened this afternoon at VS Gallery in Bangkok, though the city begins another lockdown tomorrow, due to the coronavirus pandemic. (The exhibition was originally scheduled to run from 24th April to 20th June. It has now been extended to 13th November.)

The centrepiece, The Death in 2020-2021 [sic], is a vast, 10m-long canvas depicting the eponymous blue man amongst a sea of dead bodies. An inflatable yellow duck is also present, in reference to the protesters who used inflatable ducks to defend themselves from water cannon last October and November. The blue man also appears in a group of smaller paintings, this time in various sexual positions.

The blue man’s colour has a symbolic meaning in Thailand, and he wears an ornate crown (of gold leaf). An artist’s statement affixed to the gallery wall offers some context: “With a knife in his hand, a blue man wounds people who denied him, also anyone who have no faith in his love” [sic]. This allusion to lèse-majesté is reinforced by the exhibition’s title, as Rama X described Thailand as “the land of compromise” during a walkabout on 2nd November last year.
Categories: art
continued...