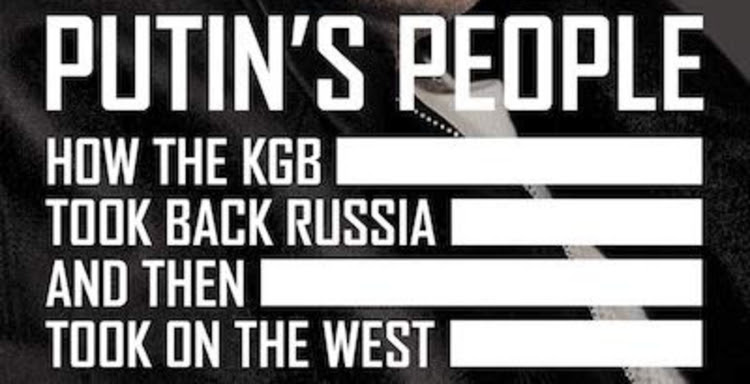 Five lawsuits have recently been filed against the author and publisher of Putin’s People. Catherine Belton’s book (subtitled How the KGB Took Back Russia and Then Took on the West) received superlative reviews when it was published a year ago. Belton was the FT’s Moscow correspondent for six years, and Alexei Navalny brandished a copy of her book in his viral video Дворец для Путина: История самой большой взятки (‘Putin’s palace: the world’s biggest bribe’).

Roman Abramovich filed the first libel suit on 22nd March, challenging Belton’s allegation that he purchased Chelsea FC on Vladimir Putin’s instructions. Belton writes that “Putin directed Abramovich to buy the club, claimed a Russian tycoon and a former Abramovich associate.” Aside from these two off-the-record sources, she also interviewed Sergei Pugachev, whom she quotes directly: “Putin personally told me of his plan to acquire the Chelsea Football Club in order to increase his influence”.

Pugachev, a defector from Putin’s inner circle, was described by a UK High Court judge in 2017 as “a person quite willing to lie and put forward false statements deliberately if it would suit his purpose.” Belton acknowledges his reputation as an unreliable witness, though she quotes him extensively nevertheless.

On Tuesday, the FT revealed that four other lawsuits were filed against Belton and her publisher, HarperCollins, last month. In what appears to be a coordinated campaign to silence any criticism of Putin’s regime, the Russian businessmen Mikhail Fridman and Shalva Chigirinsky sued for libel, as did the Kremlin-controlled oil company Rosneft. Peter Aven, Fridman’s business partner, sued for breach of data protection.
Categories: book reviews, censorship, politics
continued...