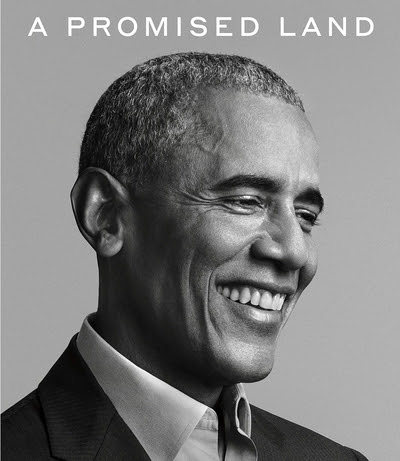 Barack Obama’s memoir, A Promised Land, was published in November last year, barely a week after Joe Biden won the US presidential election. This is the first of two volumes, and covers most of Obama’s first term as President, ending with the death of Osama bin Laden in May 2011. As Obama explains, the book was intended to cover both terms of office in under 500 words, though this first volume alone is more than 700 pages long: “It’s fair to say that the writing process didn’t go exactly as I’d planned. Despite my best intentions, the book kept growing in length and scope—the reason why I eventually decided to break it into two volumes.”

Obama’s literary talents were evident long before his presidency, having already written two best-selling and highly acclaimed memoirs. So, as expected, A Promised Land is a remarkable book. One chapter, for example, ends with Obama musing on the fates of the letters he wrote: “Eventually the letter would fall into a drawer somewhere, forgotten under the acculumation of the new joys and pains that make up a life.” What other presidential memoir could describe correspondence in such poetic terms? (Certainly not George W. Bush’s Decision Points.)

It comes as no surprise that Obama distrusts Vladimir Putin, describing him as “the leader of what resembled a criminal syndicate as much as it did a traditional government”. As for Donald Trump and his disgraceful ‘birtherism’ lie, Obama is refreshingly direct: “the conspiracy theory he was promoting was racist.” A Promised Land is a reminder of the total contrast between Obama and his successor, a man not even fit to shine Obama’s shoes, let alone to fill them.
Categories: Barack Obama, book reviews, politics
continued...