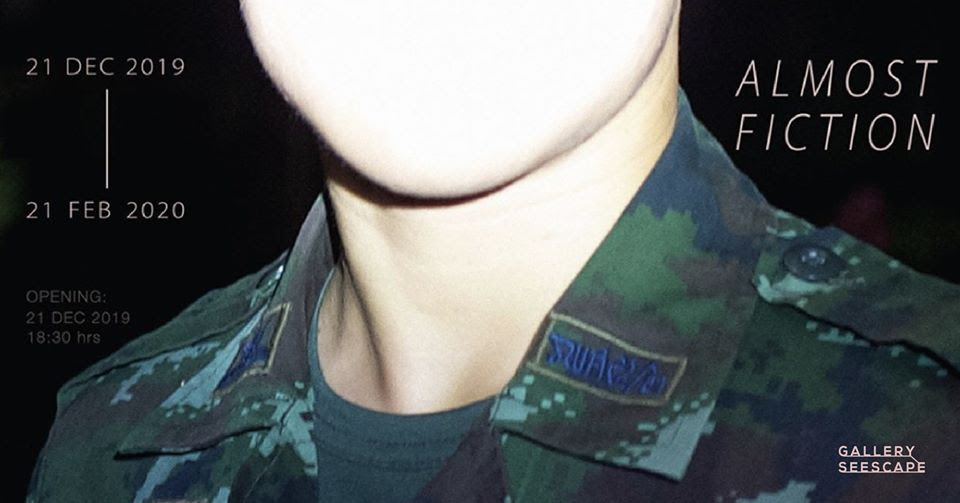 Apichatpong Weerasethakul’s photography exhibition Almost Fiction opened on 21st December 2019. The exhibition is divided into two halves: in one room are works from Apichatpong’s Insomnia series, with larger images from his Soldier series in an adjacent room.

The Insomnia series includes several shots taken on the set of Apichatpong’s short video Blue (ตะวันดับ). The most startling work is a diptych titled Bullet, showing a bullet emerging from an elderly woman’s mouth. (The woman in question is Jenjira Pongpas, who has appeared in many of Apichatpong’s films and videos.)

For the Soldier series, Apichatpong photographed young soldiers and obscured their faces with white light. Soldiers have featured as characters in several of Apichatpong’s films, perhaps indicating the military’s persistent influence over Thai society and politics. The Soldier series includes three large photographs (Group Portrait, A Young Man at Twilight, and Embrace) and a smaller image displayed in a lightbox (Mirage Boy).