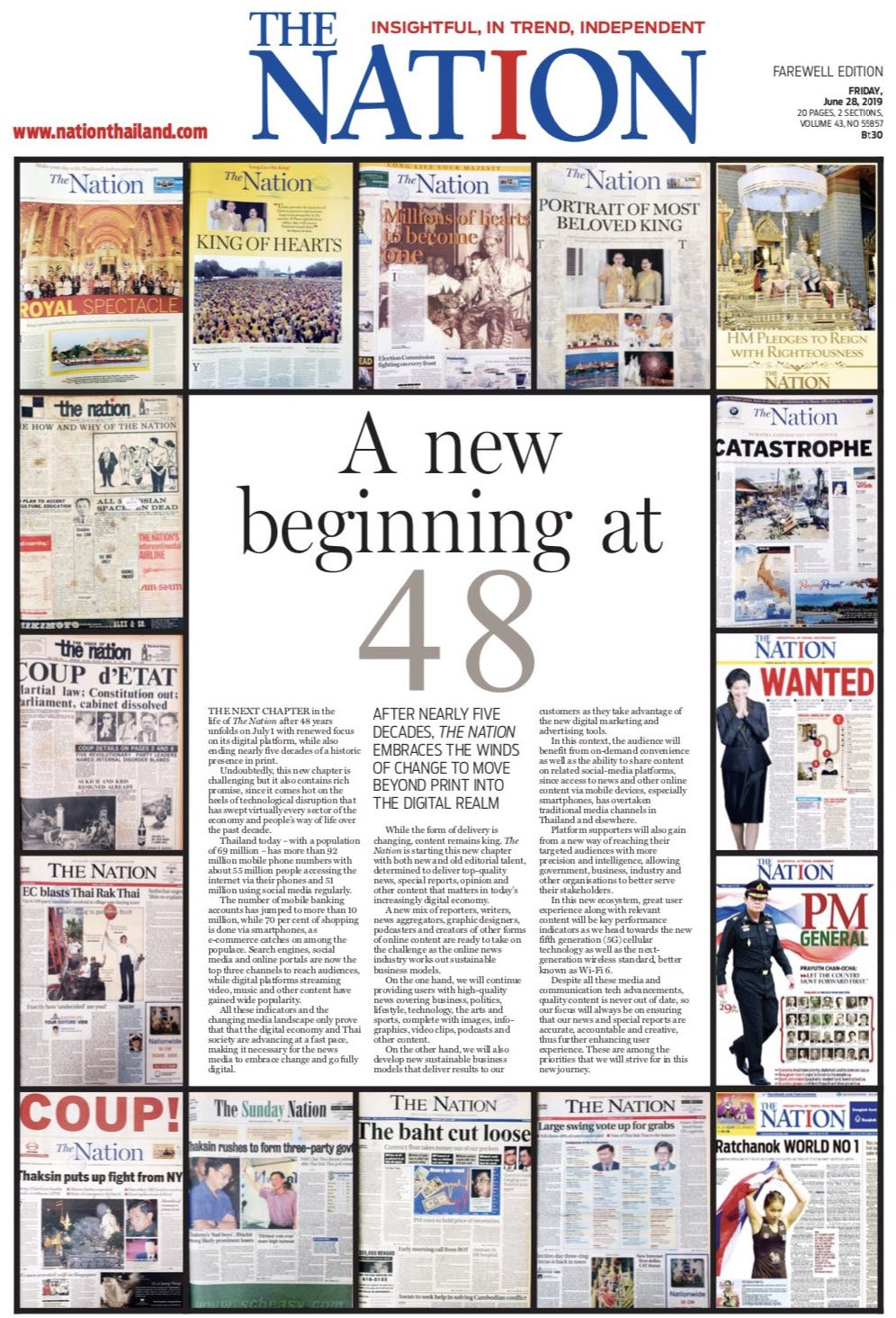 Today marks the final print edition of The Nation, with a commemorative “FAREWELL EDITION” printed on heavy white paper rather than regular newsprint. The newspaper was launched in 1971 as a rival to the Bangkok Post, Thailand’s other English-language daily, though it will now exist only online. The Nation had already folded its Sunday edition almost exactly a year ago, on 1st July 2018.

Although it had defied the military government after ‘Black May’ in 1992, The Nation became an apologist for the 2006 and 2014 junta administrations. Ironically, in the months before its closure, it regained some of its credibility with a series of liberal editorials. On 29th May, for example, it published a surprisingly bold obituary of Prem Tinsulanonda: “Prem’s legacy will be to inspire military top brass to maintain their strong influence in politics, to the diminishment of democracy in Thailand.”

The transition from print to digital-first has led to declining revenue at many news organisations, as readers and classified advertisers migrate to free online alternatives. Online advertising, dominated by a Google and Facebook duopoly, generates a fraction of the income from print ads, and print circulations are falling. In the UK, The Independent and its Sunday sister paper ended their print editions in 2016.
Categories: media
continued...