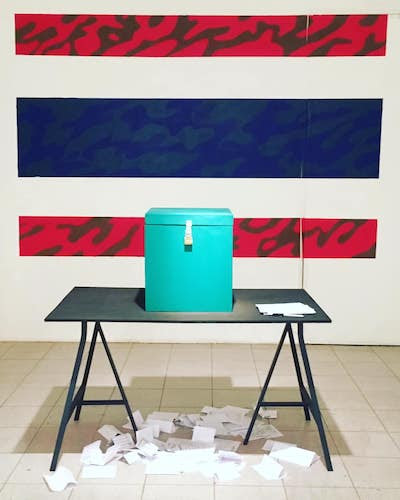 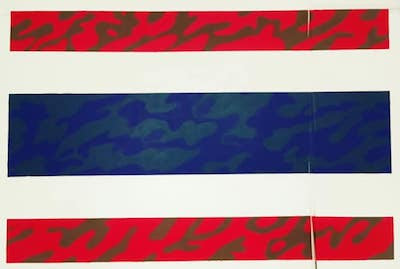 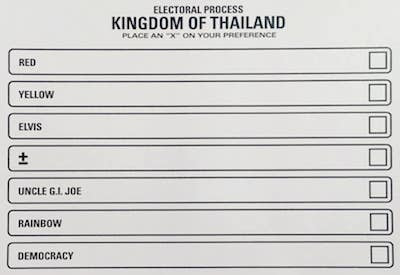 Miguel Januário's exhibition More or Less opened at Bangkok's WTF Gallery on 14th December last year, and runs until 19th February. The exhibition includes an interactive installation commenting on Thailand's political situation since the 2014 coup: a simulated polling station, complete with ballot papers, a pen, and a ballot box.

On closer inspection, the ballot papers are a parody of recent Thai political factions, and a Thai flag backdrop is overlaid with army camouflage to indicate the military's pervasive influence over the country. Also, the ballot box has no bottom, so ballot papers fall straight onto the floor, symbolising the futility of elections that are often invalidated (as in 2006 and 2014) or postponed. According to the junta, a return to democracy is always on the horizon, and elections are perpetually due 'next year'. In the meantime, gallery visitors can vote via Januário's ballot papers.