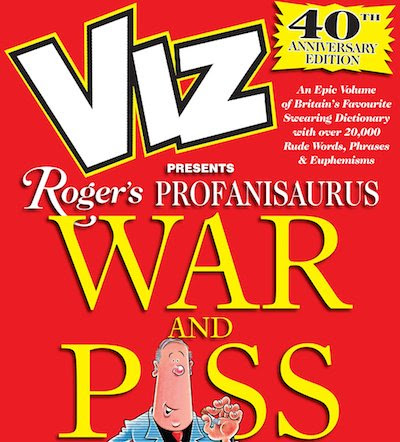 The adult comic Viz published its first Profanisaurus as a cover-mounted booklet in 1997, and the title was later expanded to Roger's Profanisaurus. Various updated editions followed, including Profanisaurus Rex, The Magna Farta, and Das Krapital. The latest edition, War and Piss, features more than 20,000 swear words and sexual slang terms, including more than 60 variants of the c-word.

Entries are submitted by Viz readers, and the book was edited by Simon Thorp and Graham Dury. Green's Dictionary of Slang is the definitive slang dictionary, whereas the Profanisaurus has more in common with the online Urban Dictionary, though its neologisms and definitions are funny and inventive.